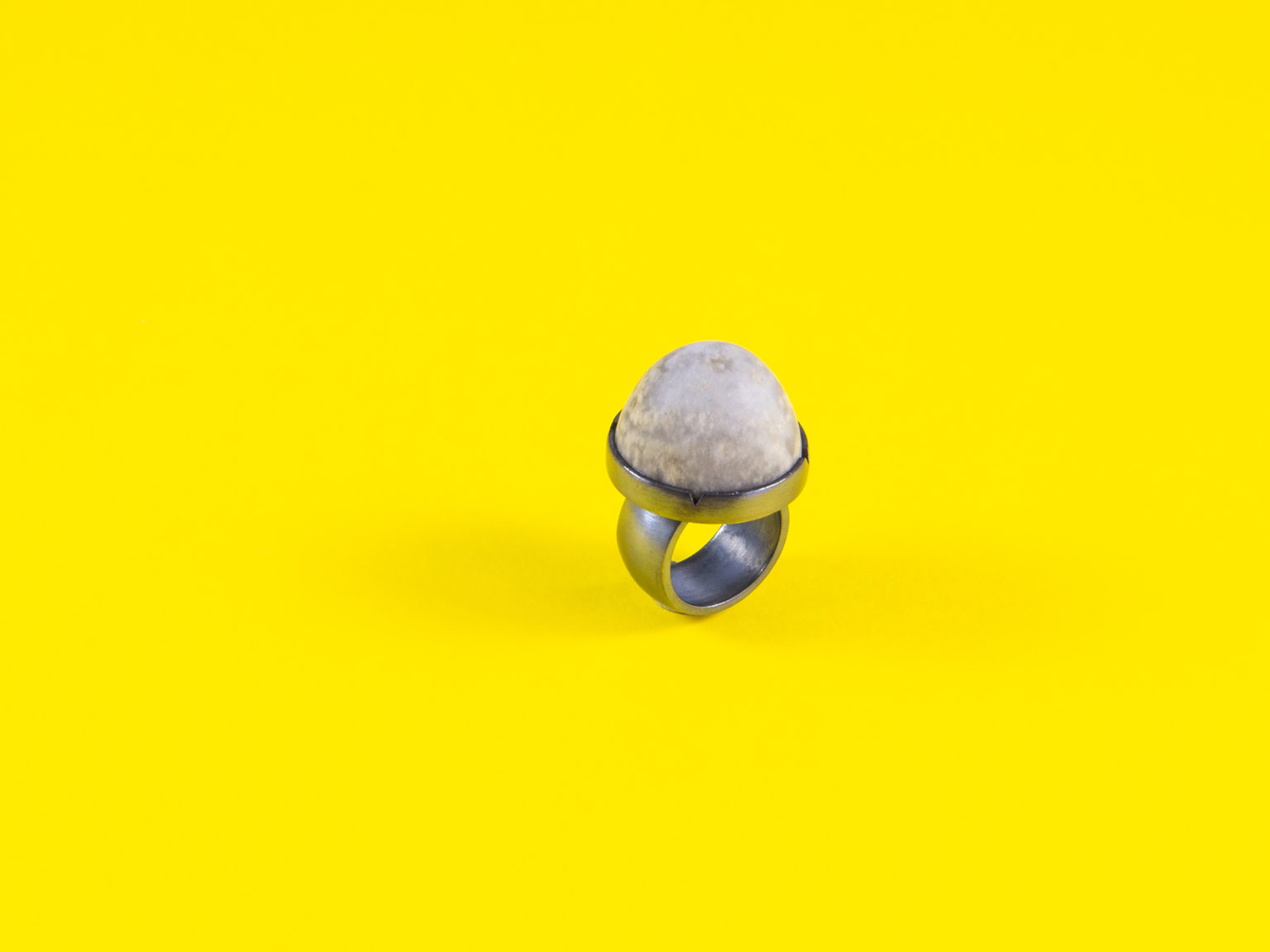 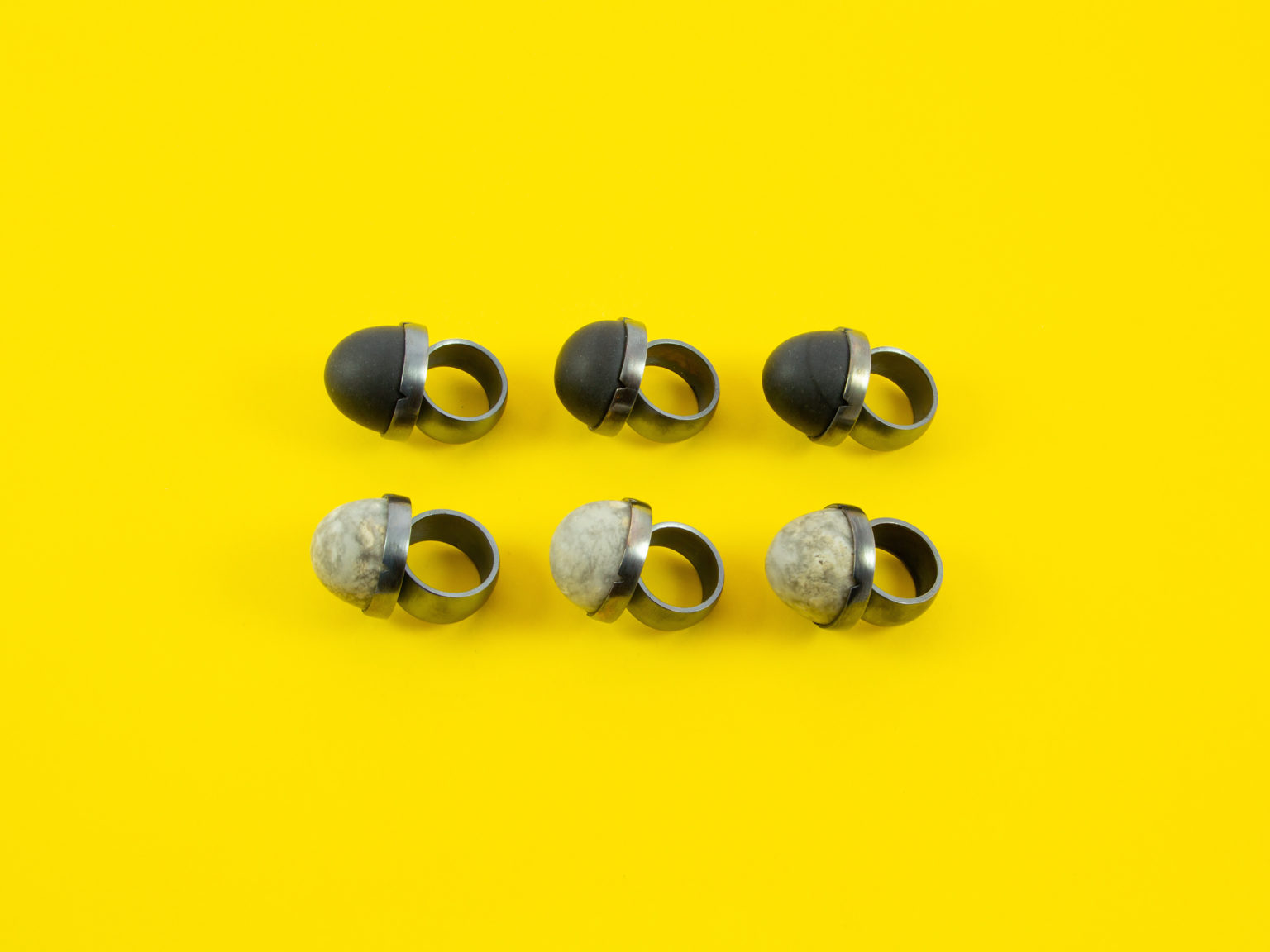 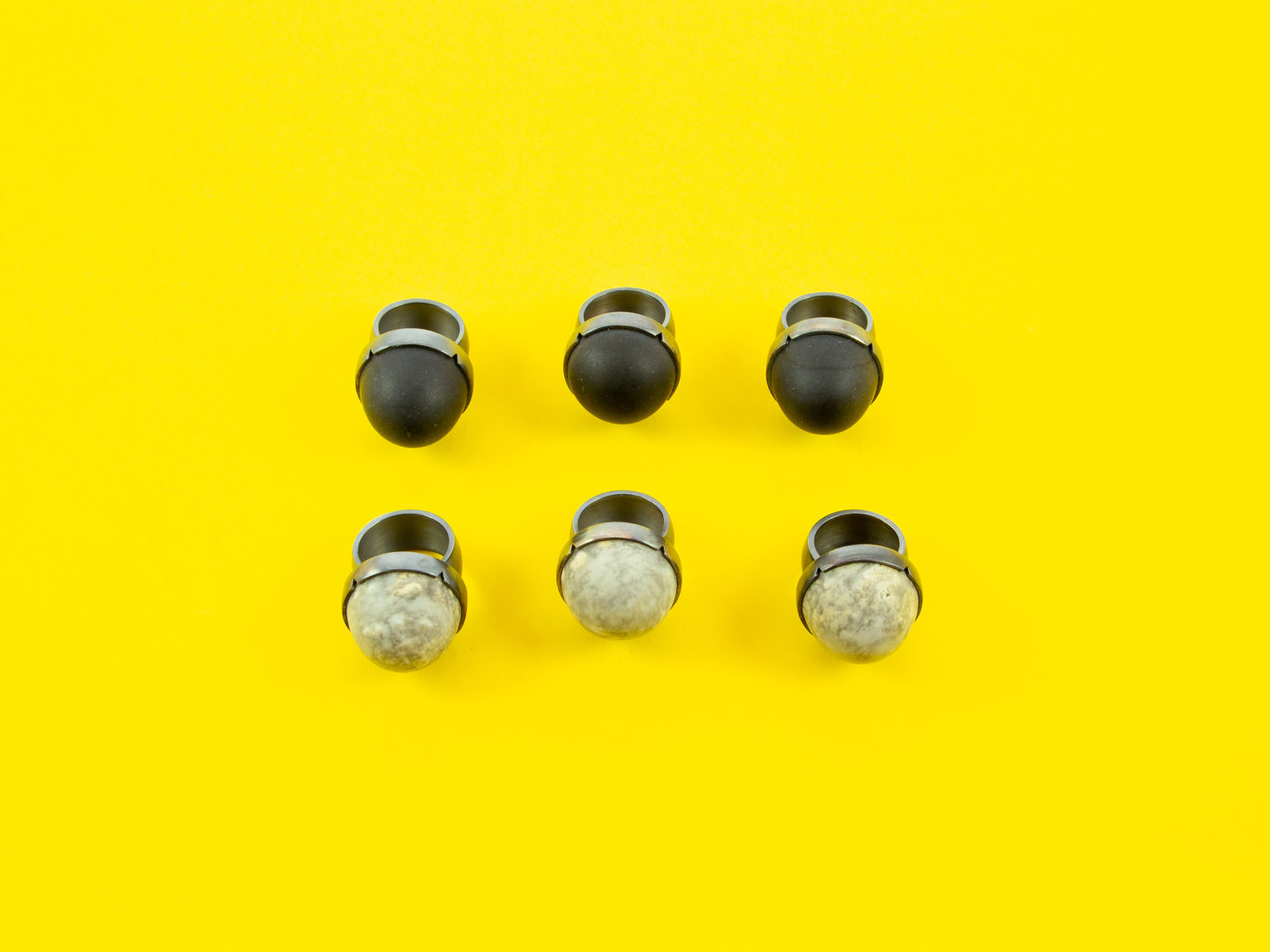 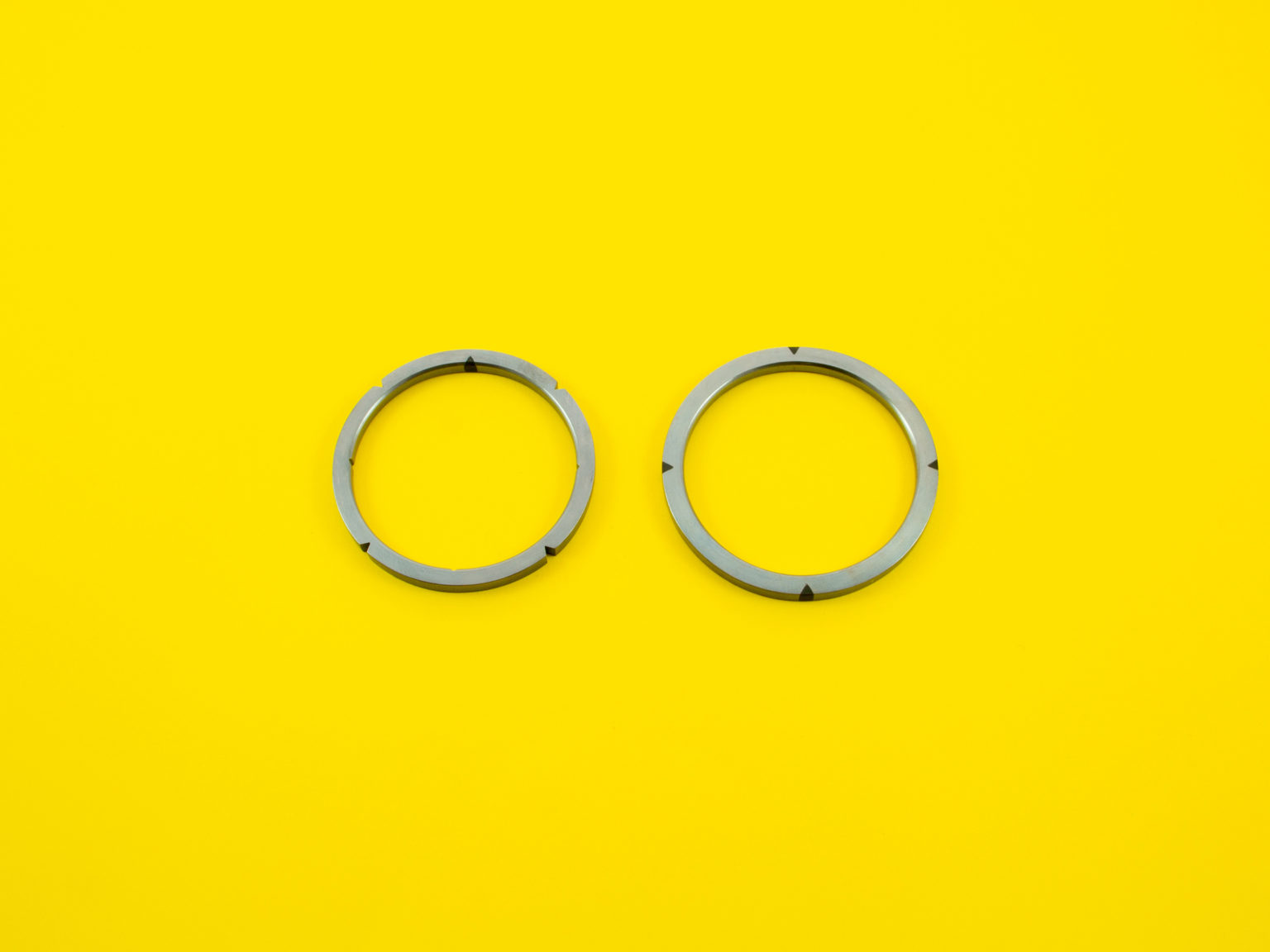 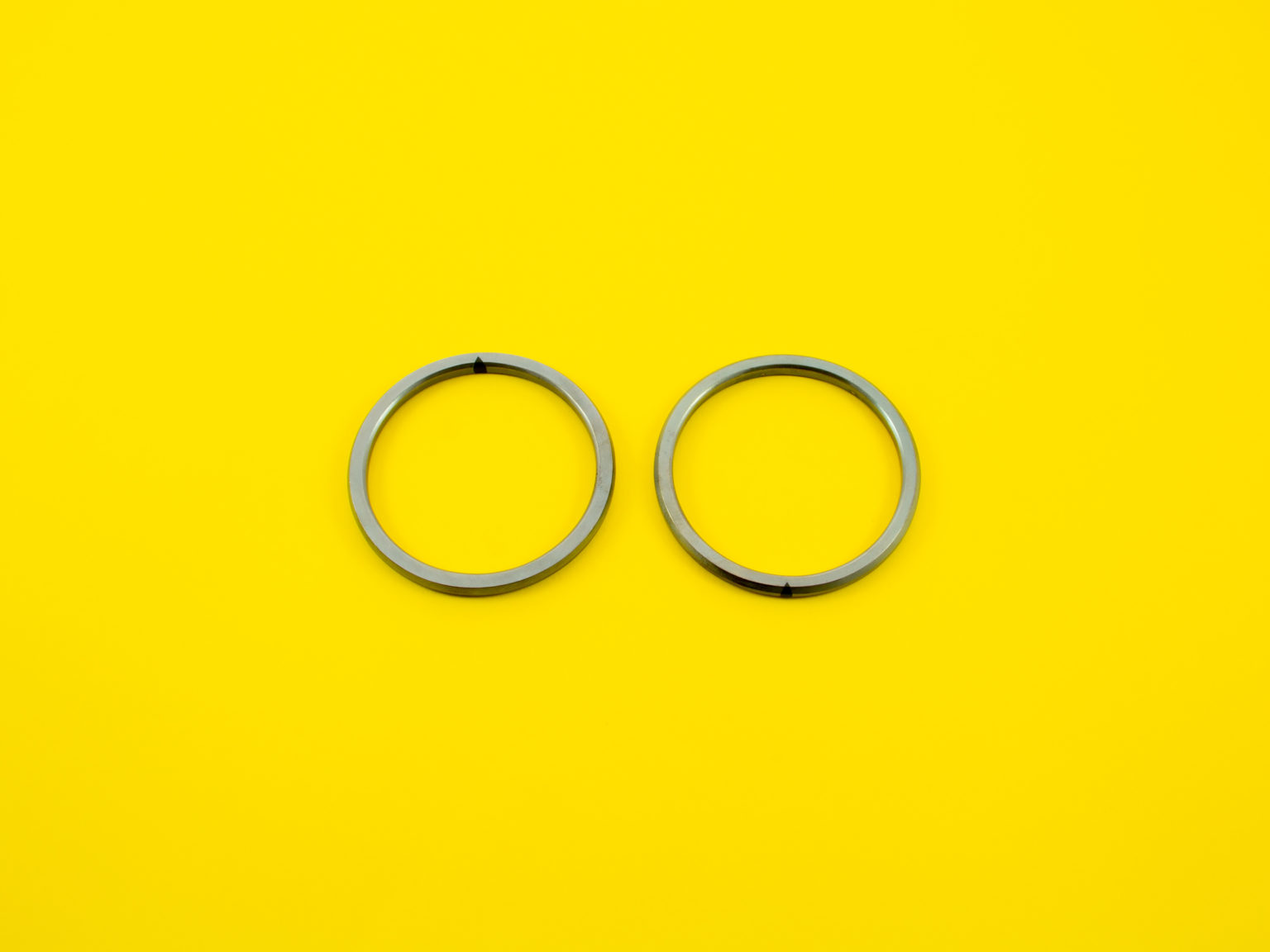 In 2019 contemporary jewellers Debbie Adamson and Craig McIntosh set up a shared workshop in Central Dunedin where they began manufacturing a collective output under the moniker A + M.  Described by the pair as ‘benchworks’, these pieces of jewellery are designed and fabricated by both makers in a non-hierarchical fashion, with the intention of being well considered, wearable, and reproducible.

Like any collaboration, the process of resolution involves navigation between distinctive points of view, and so it would seem fitting that the compass has become a shared emblem for the starting point – a tool to orientate as the pair begin this body of work.

A + M is an evolving project, with new pieces released as and when they are developed, and originated from conversations about the history of studio craft in New Zealand, in which small scale production plays a key role.

“A good piece of bread and butter work (if you want to use those terms) is quite capable of being as good as any show pony if not better, for that fact.” Warwick Freeman, in ‘Cultural Icons’ interview with Damian Skinner

“….at its best neither mindless nor barren”  Damian Skinner on Kobi Bosshard’s ethos behind the ‘Same But Different’ exhibition. Skinner & Murray, ‘Place and Adornment’, 2014