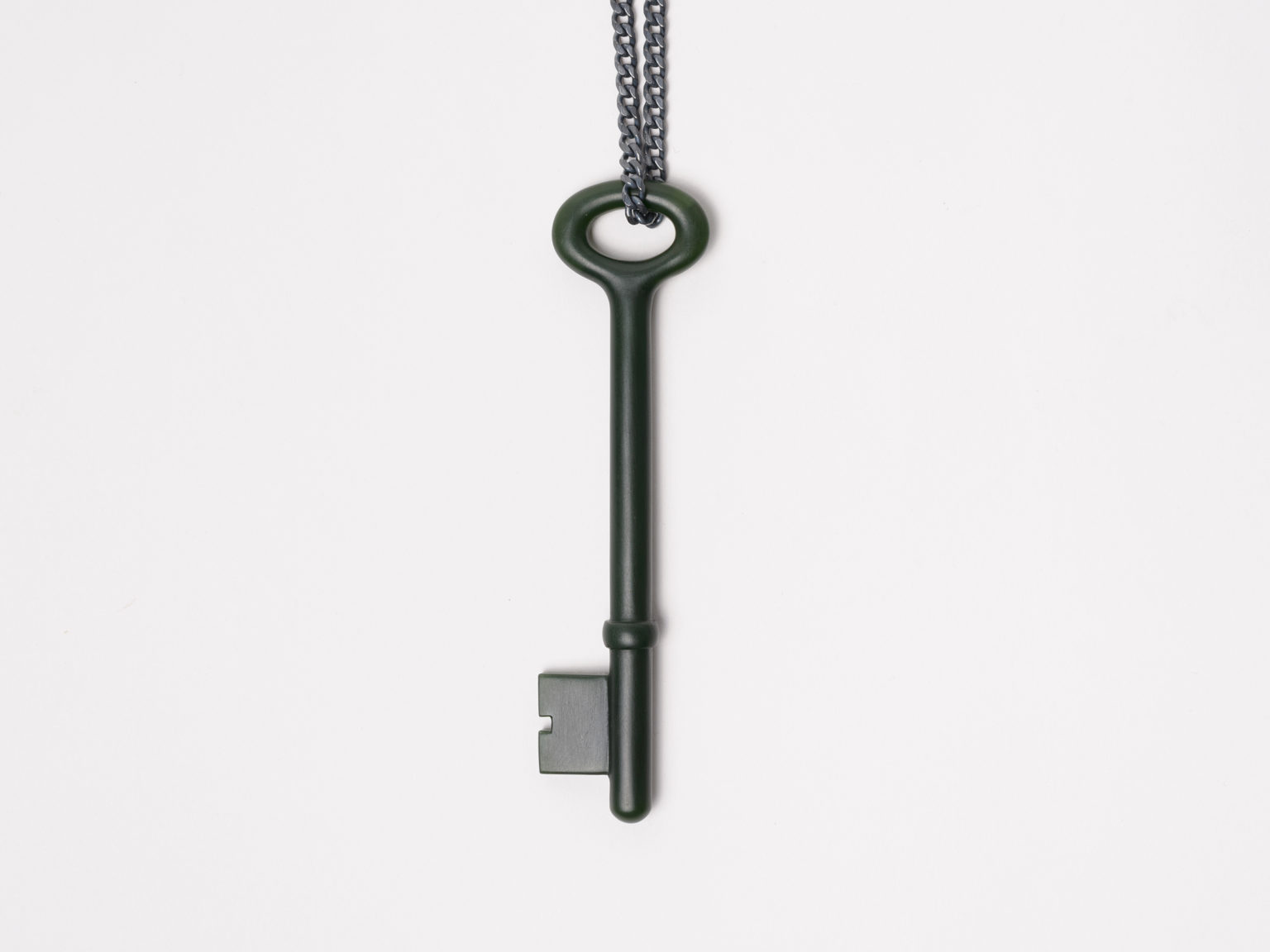 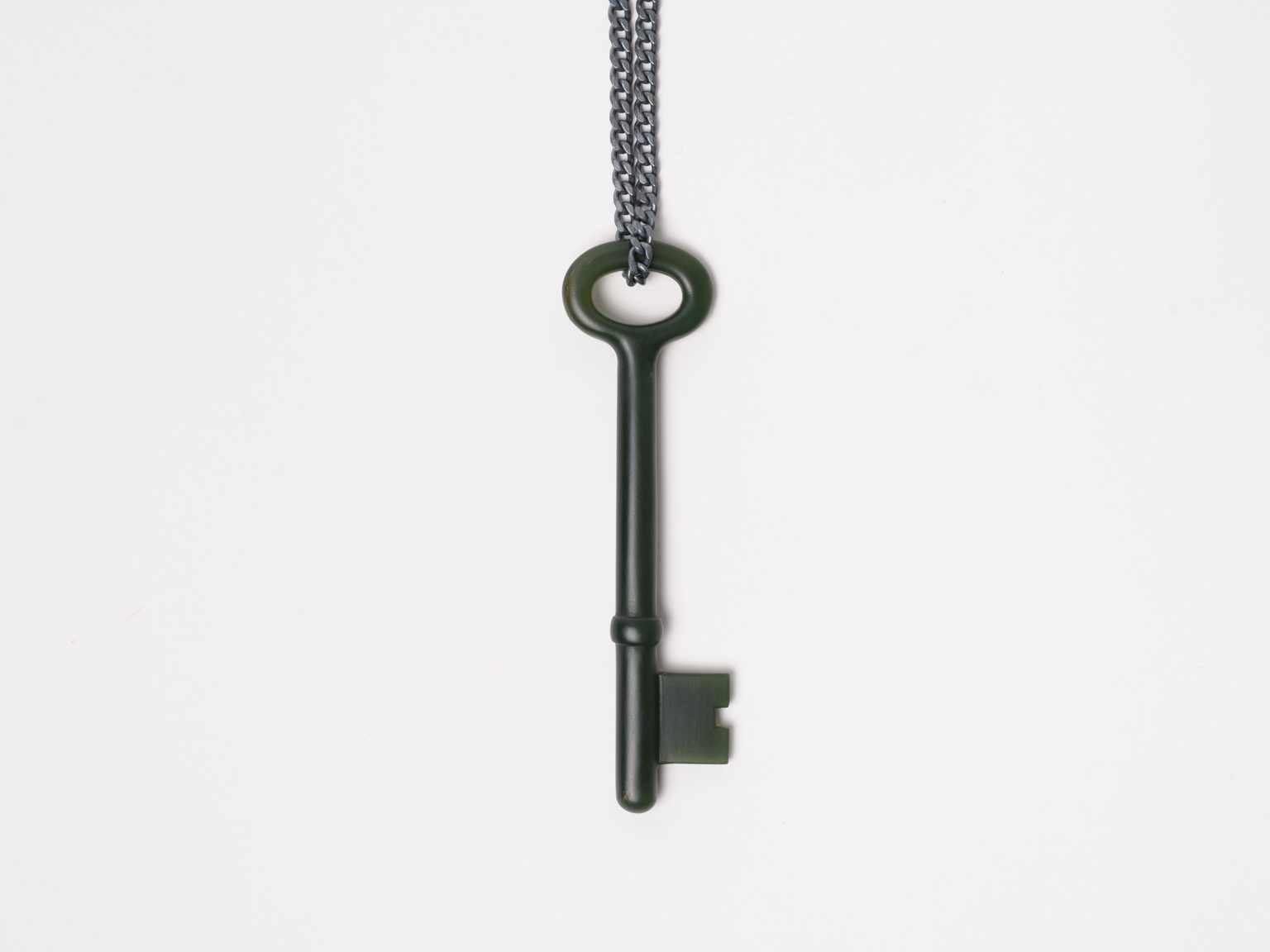 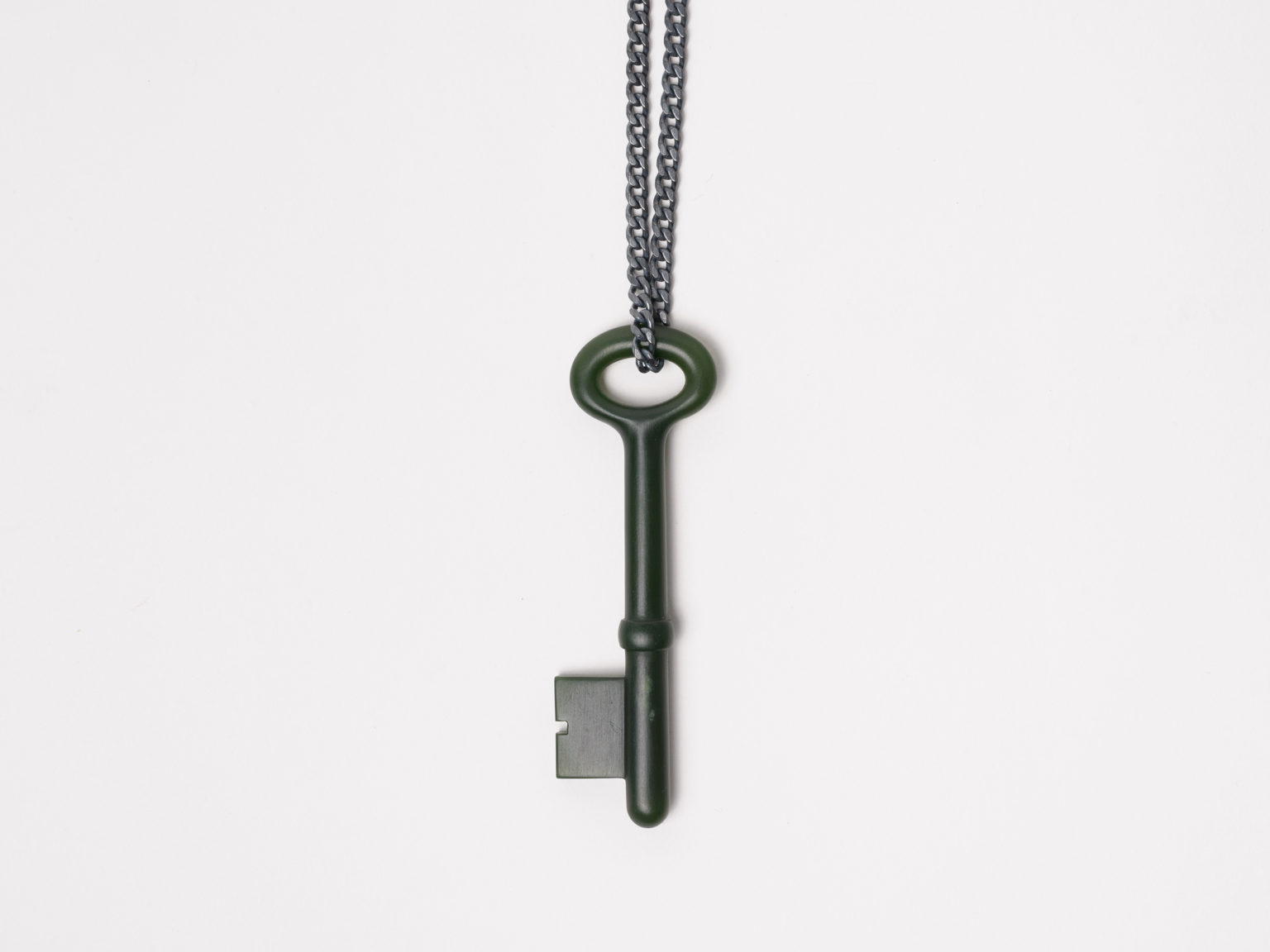 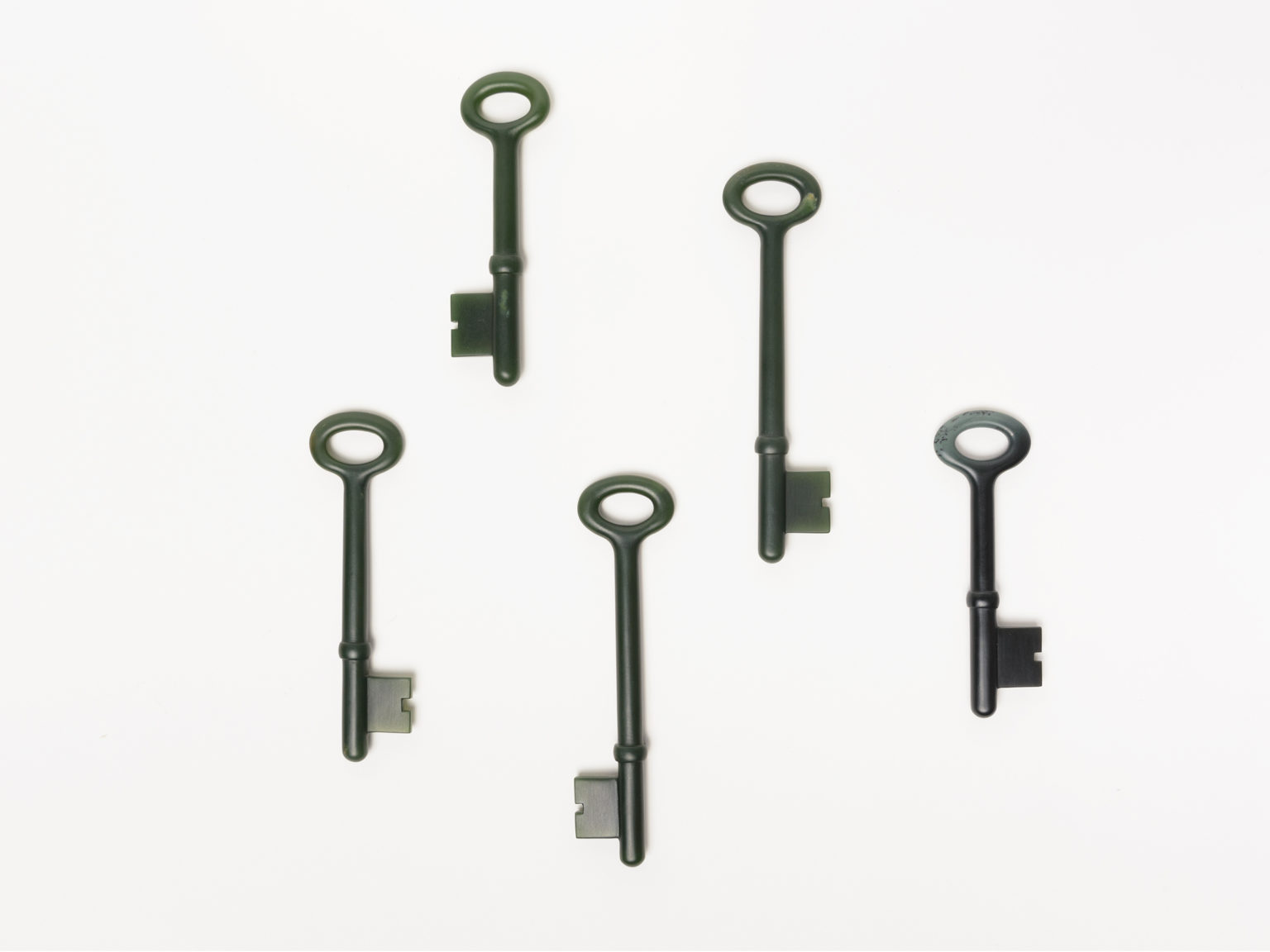 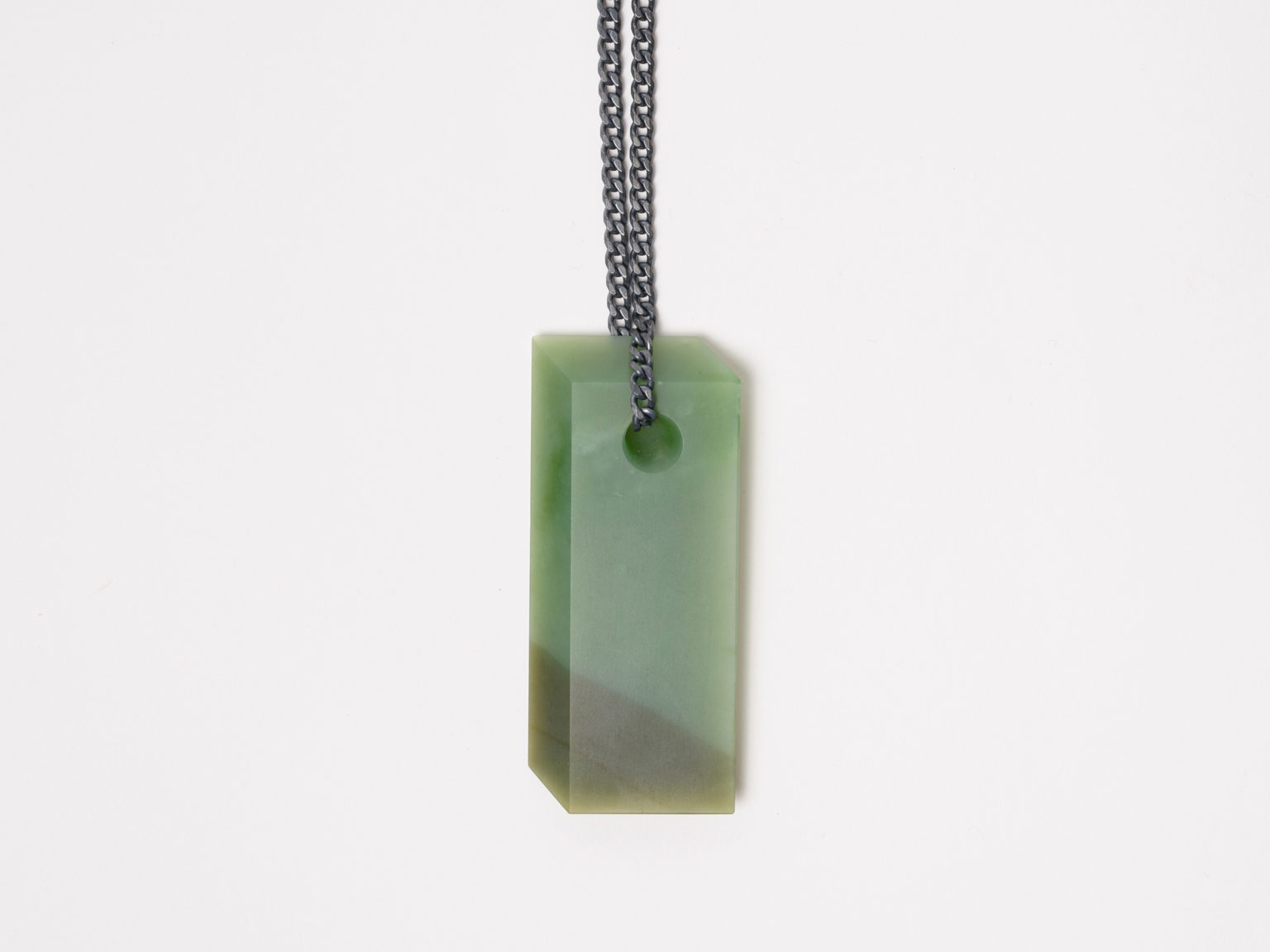 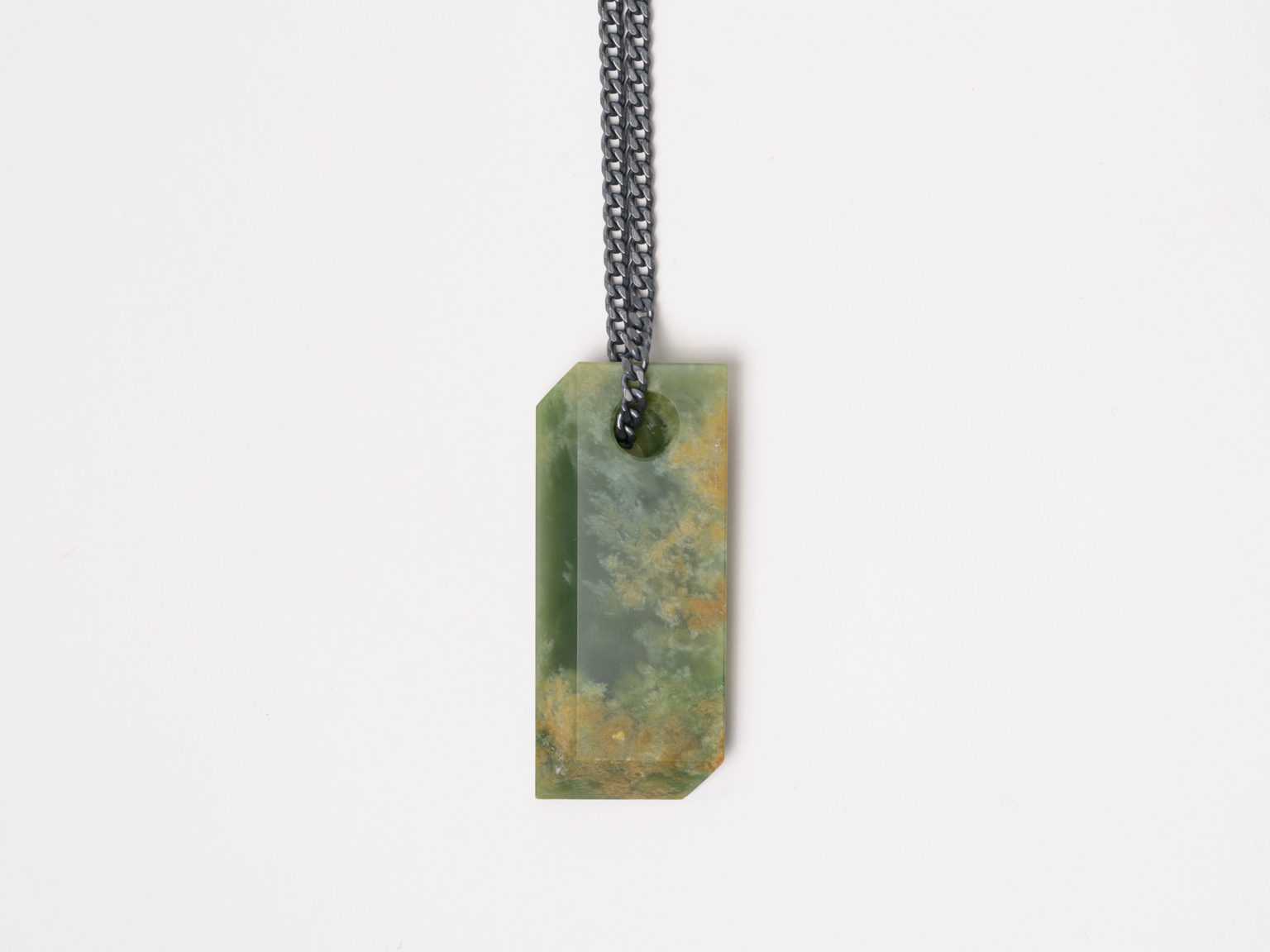 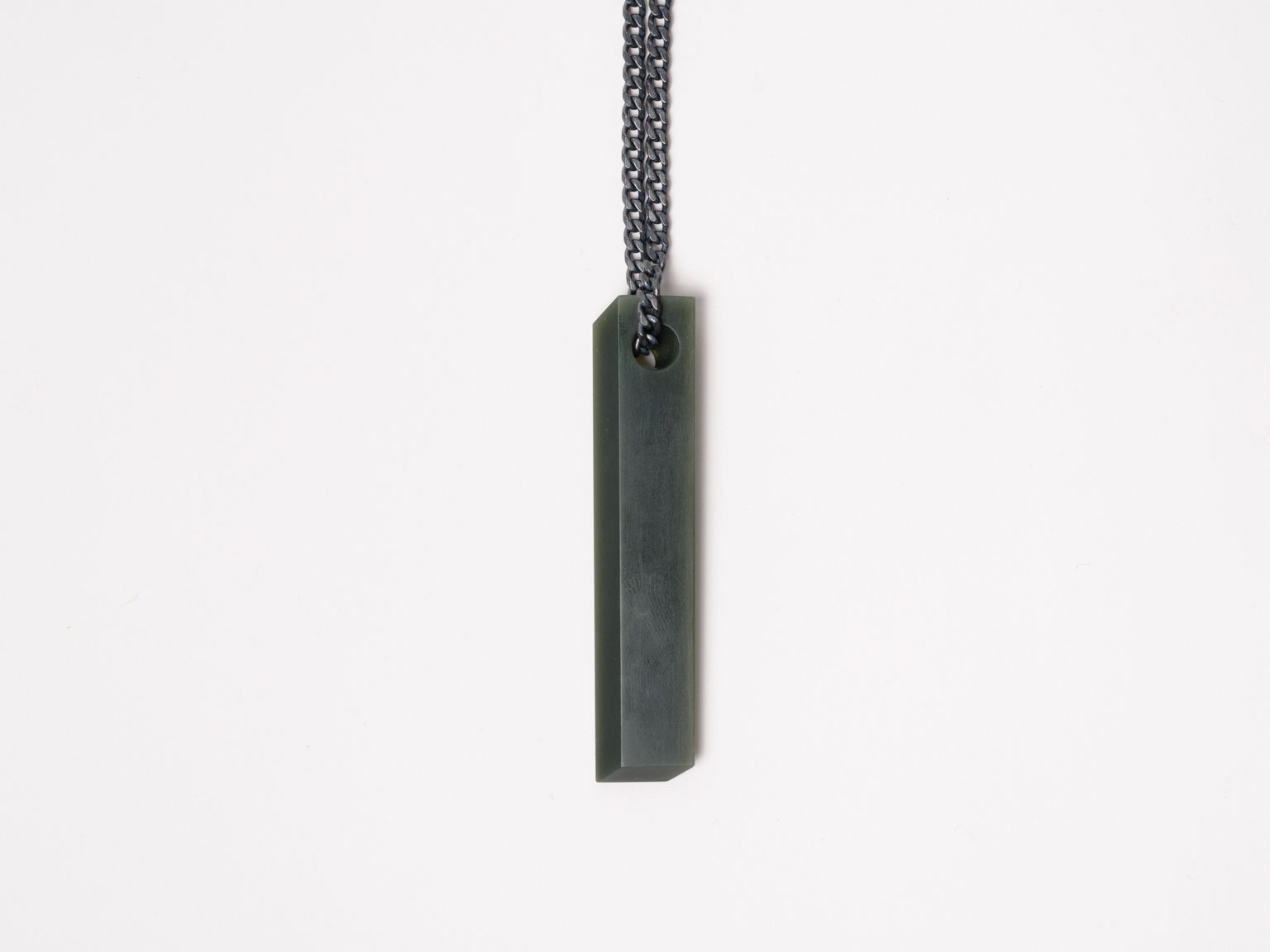 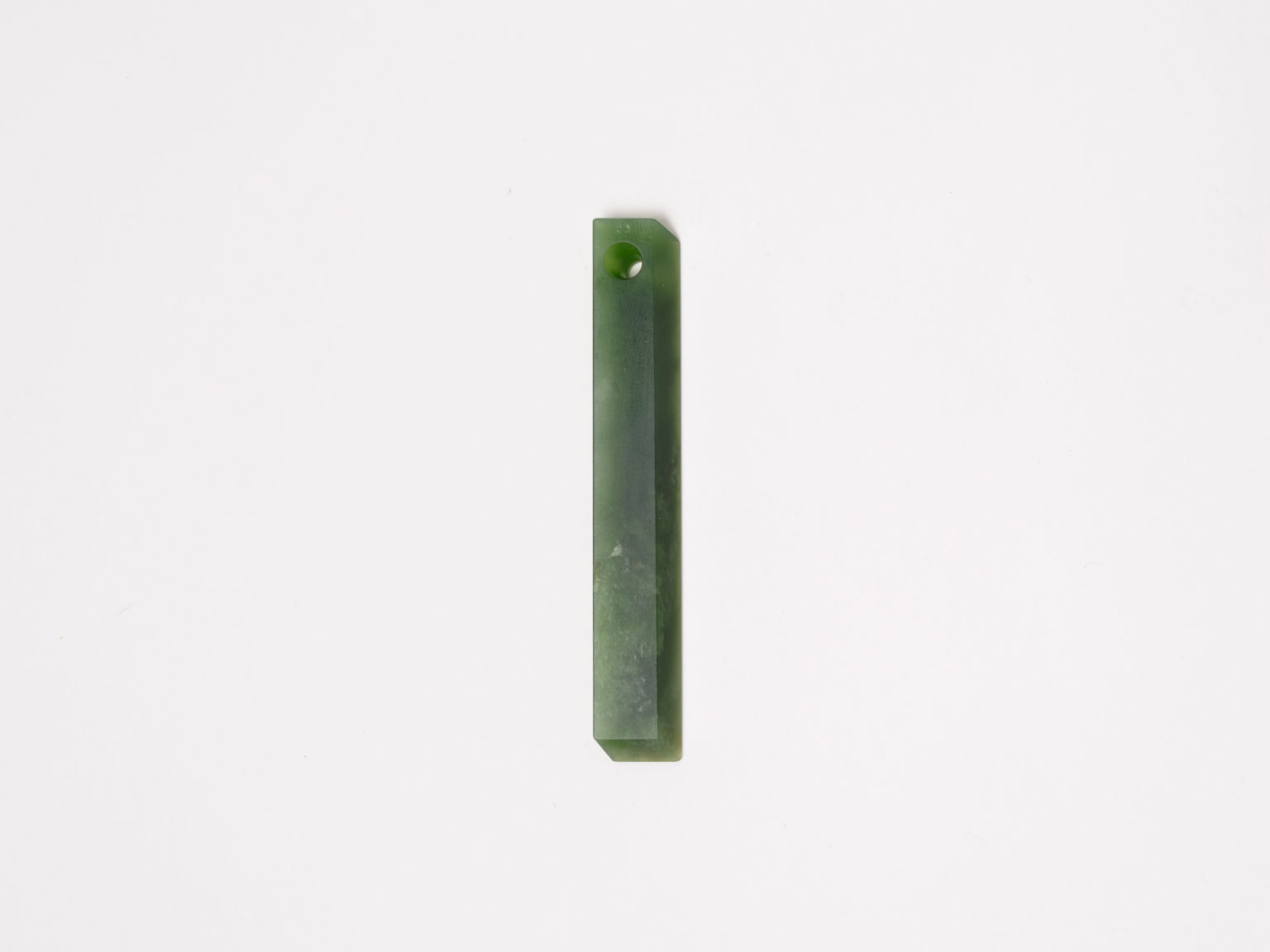 Joe Sheehan studied contemporary jewellery at Unitec in the mid-1990s and, since then, has worked in carving studios throughout New Zealand. His interest in the historical, geological and cultural context of stone has led to extensive onsite fieldwork and exploration both in Aotearoa and overseas. The space between adornment and artefact has given him a wide field within which to operate. Sheehan’s artworks often twist the familiar and include everyday objects, such as keys, a working light bulb, a cassette tape and batteries, all meticulously carved from pounamu (New Zealand jade). An edition of three slide carousels projecting light through thin slices of pounamu led to a suite of large photographic works.

Sheehan is interested in fragments and artefacts, ancient and modern. In particular, he is intrigued by their capacity to store large amounts of information – information which often requires an imaginative leap in order to come to life. A found collection of television remote controls was the catalyst for The Quick and the Dead, a collapsed and overlapping history of the hand tool, presented in 100+ basalt, greywacke and argillite objects. In artworks like this, Sheehan encourages viewers to stretch forward as well as to look backwards.

Recently, Sheehan’s practice has encompassed large, floor-based sculpture. Whereas earlier works were scaled for the hand and the head, the scale and mass of his new work encourages a consideration of the relationship between nature and the built environment. The sheer volume of these works demands a relationship with the entire body. In their presence, we become aware of ourselves.

In November 2006, Sheehan was one of the inaugural recipients of the Arts Foundation of New Zealand’s prestigious New Generation Award. In 2008, he presented work at the 28th Bienal de São Paulo, Brasil. In 2011, he travelled to Antarctica as an Arts Fellow under the Artists to Antarctica Programme. In 2012, the survey exhibition Joe Sheehan: Other Stories was presented at Pātaka Art + Museum in Porirua, Wellington. Sheehan’s work is held in a number of collections, including: Museum of New Zealand Te Papa Tongarewa, Wellington; Chartwell Collection, Auckland Art Gallery Toi o Tāmaki; Christchurch Art Gallery Te Puna o Waiwhetū; Govett-Brewster Art Gallery, New Plymouth; and the Victoria and Albert Museum, London, UK.