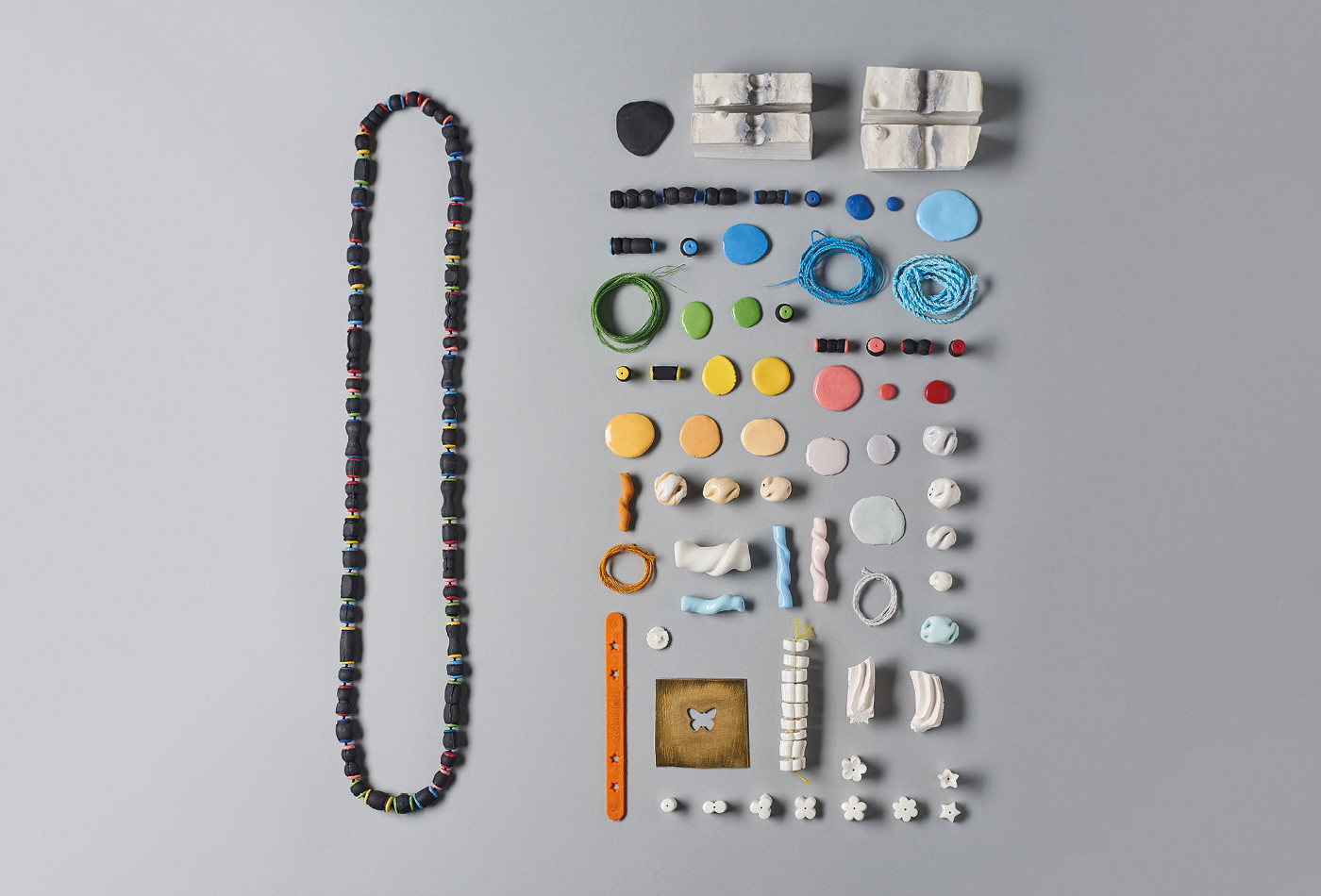 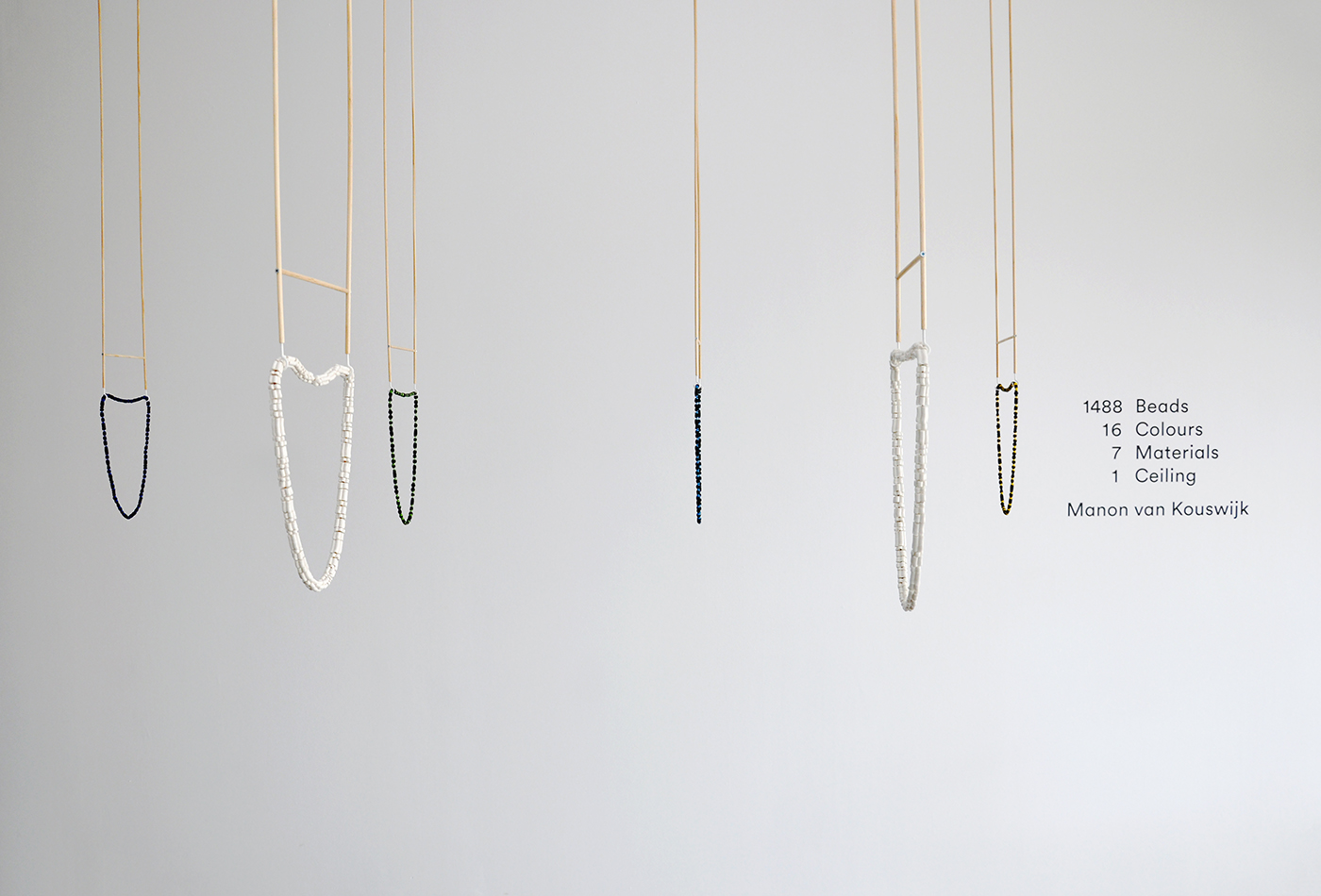 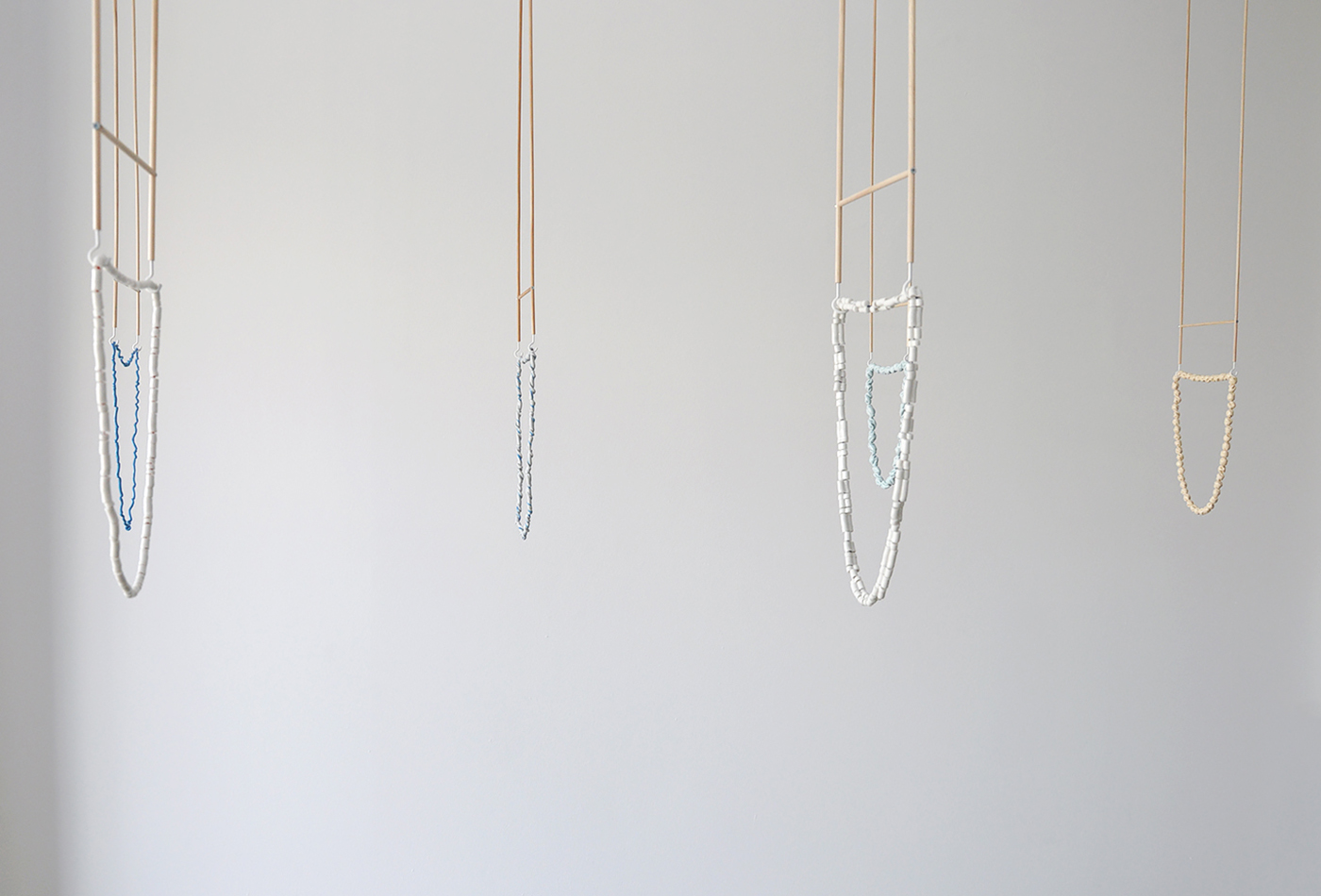 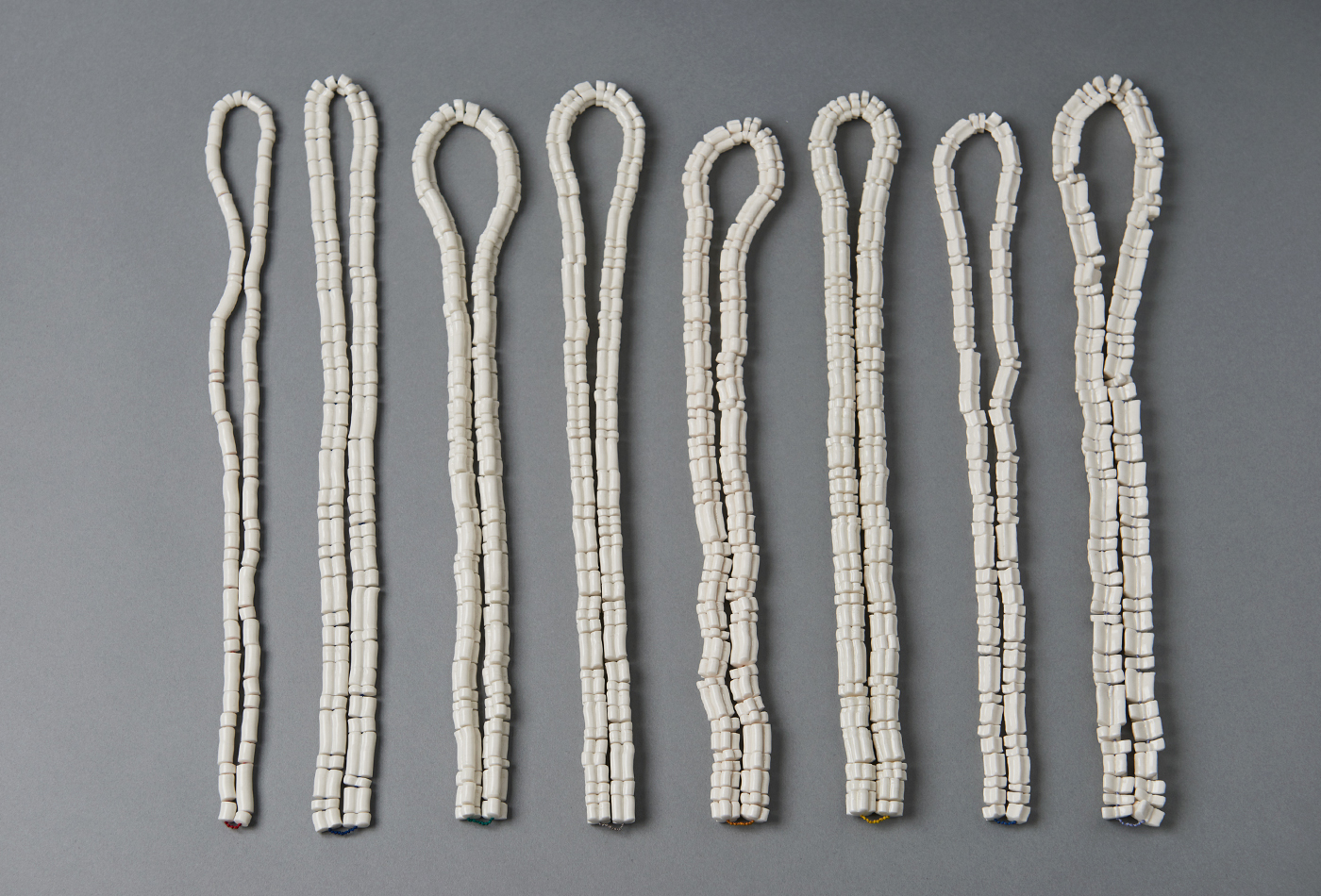 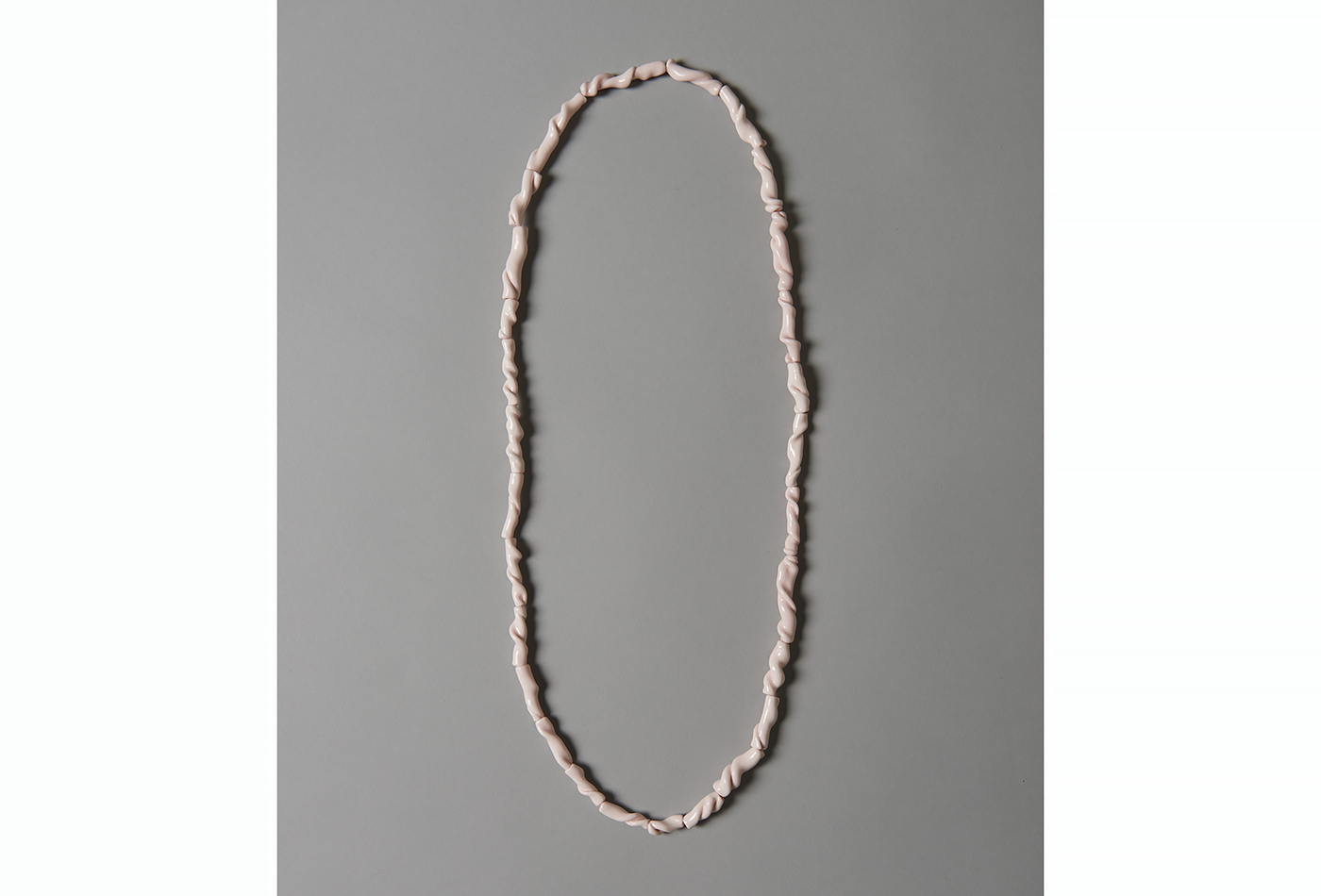 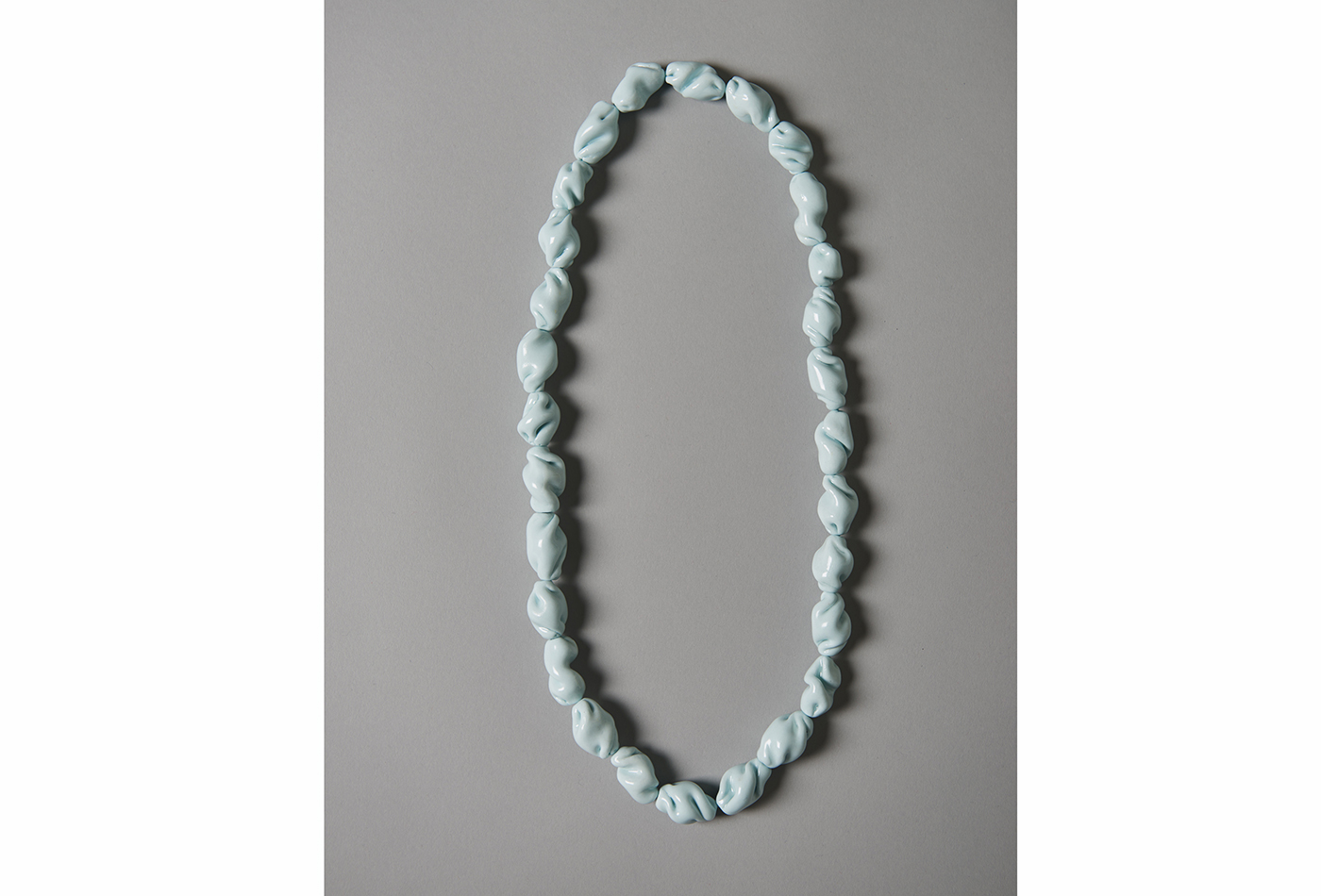 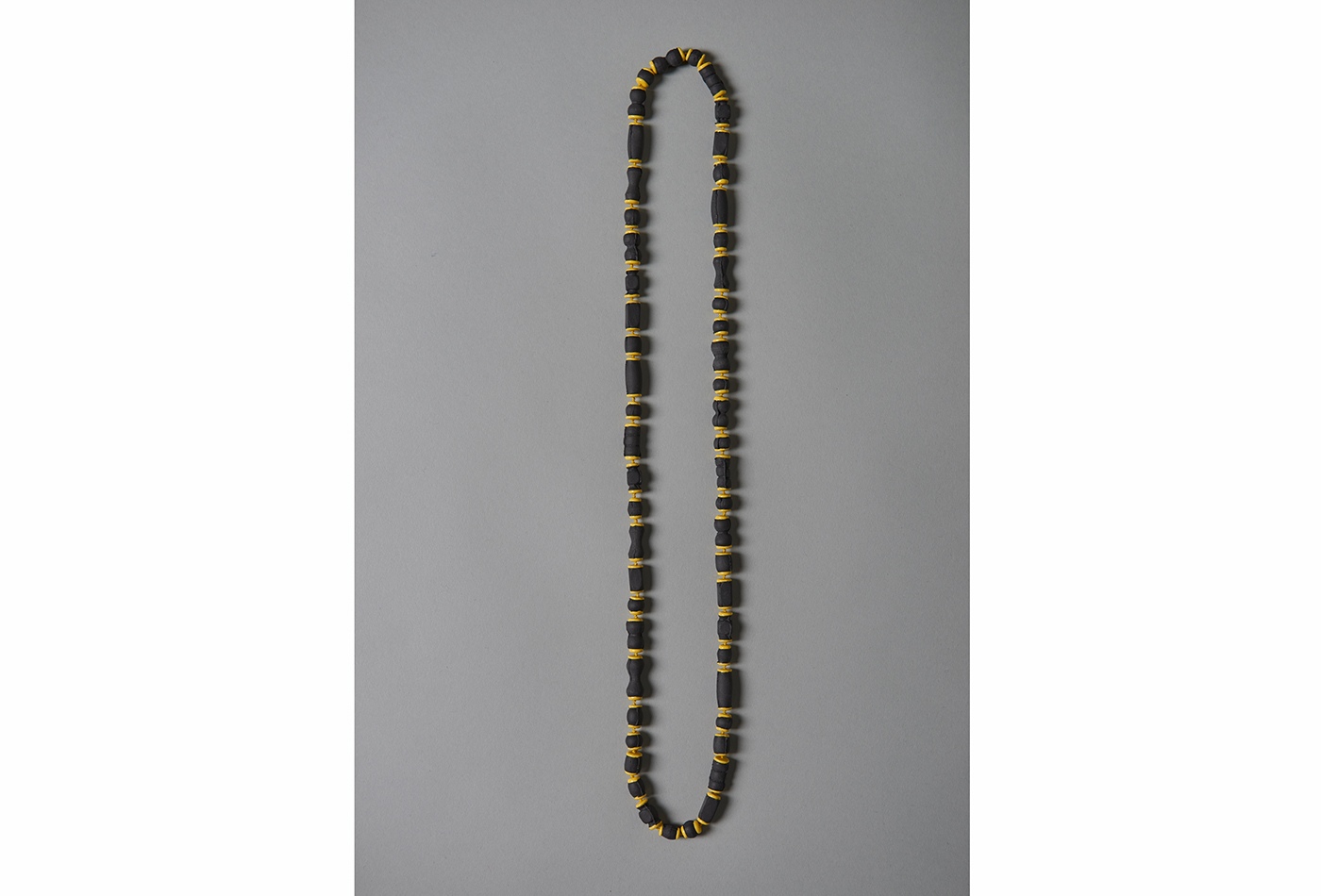 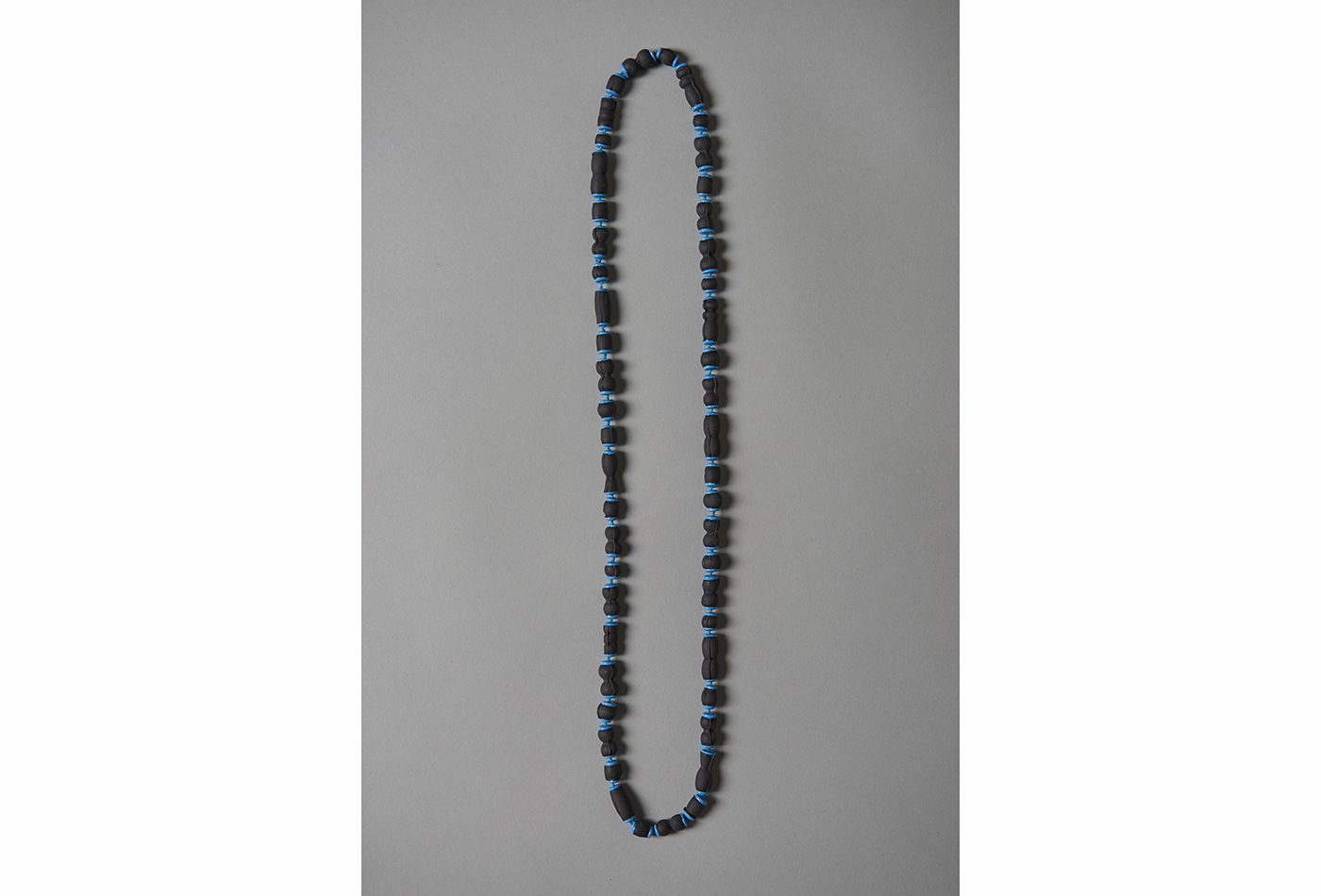 That object, the beaded necklace, that thing I have been revisiting for more than 20 years. Every time I think I’m done with it a new iteration presents itself.. and again.. I am sucked into it.

This thing that looks the same everywhere and has appeared like this since the beginning of time is supposedly one of the the first types of jewellery that existed. I have always found it interesting that people attach such personal significance to these generic objects that all seem pretty much the same. But then again, when things look similar the differences between them become more evident.

I like to imagine that my versions of this archetypal thing look like they have already existed as well, that they behave like echos or after-images of all those necklaces that share the same repetitive arrangement of identical elements strung on a piece of thread by someone, somewhere, sometime.

Through my making I make them mine, I leave my fingerprints all over them, I leave the seams of moulds and edges of templates visible. I shift and twist and press and push the clay I use to make my beads. They mimic all those other beads.. but they just don’t quite resemble them. After stringing them I invite you to make them yours.

Manon van Kouswijk is a Dutch artist and contemporary jeweller who lives and works in Melbourne, Australia. She studied at the Gerrit Rietveld Academy in Amsterdam, The Netherlands, where she held the position of Head of the Jewellery Department before relocating to Australia in 2010.
Manon’s working methodology is based on exploring and translating archetypal jewellery forms and motifs through a range of materials and processes. An integral aspect of her practice is the framing and contextualising of her work through the making of exhibitions and artist publications often in collaboration with other practitioners. Her most recent publication is “Findings’, published in Melbourne in 2015.
Her work is exhibited in galleries and museums and is part of private and public collections worldwide including: Stedelijk Museum, Amsterdam, The Netherlands; ABN-AMRO Art Collection, The Netherlands; Røsska Museet, Gøteborg, Sweden; FNAC, Paris, France; NGV, Melbourne, Australia; Art Gallery of South Australia, Adelaide, Australia; Musée des Arts Decoratifs, Marseille, France; NGA, Canberra, Australia; Victoria & Albert Museum, London, UK.

This is her second solo exhibition at The National.