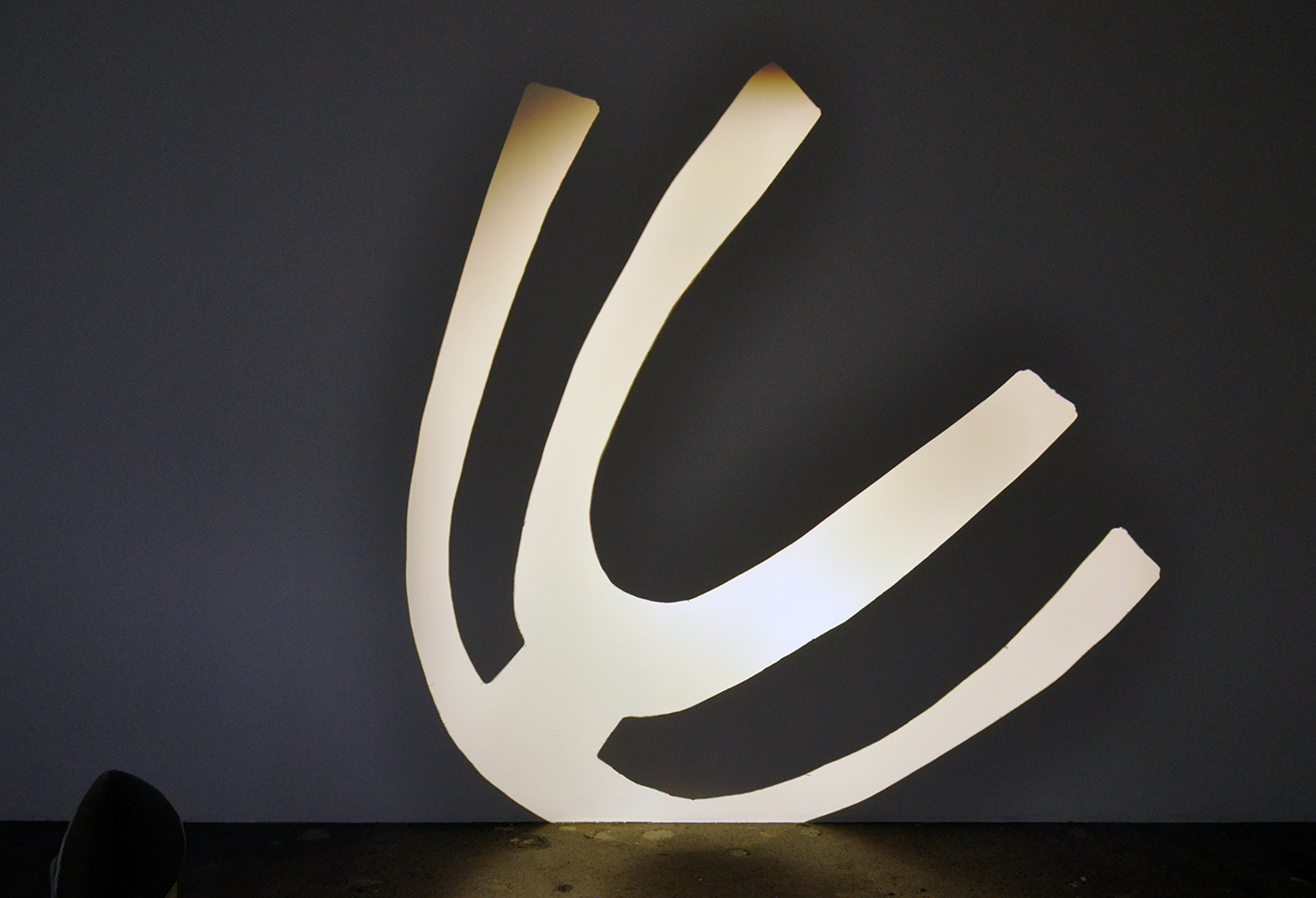 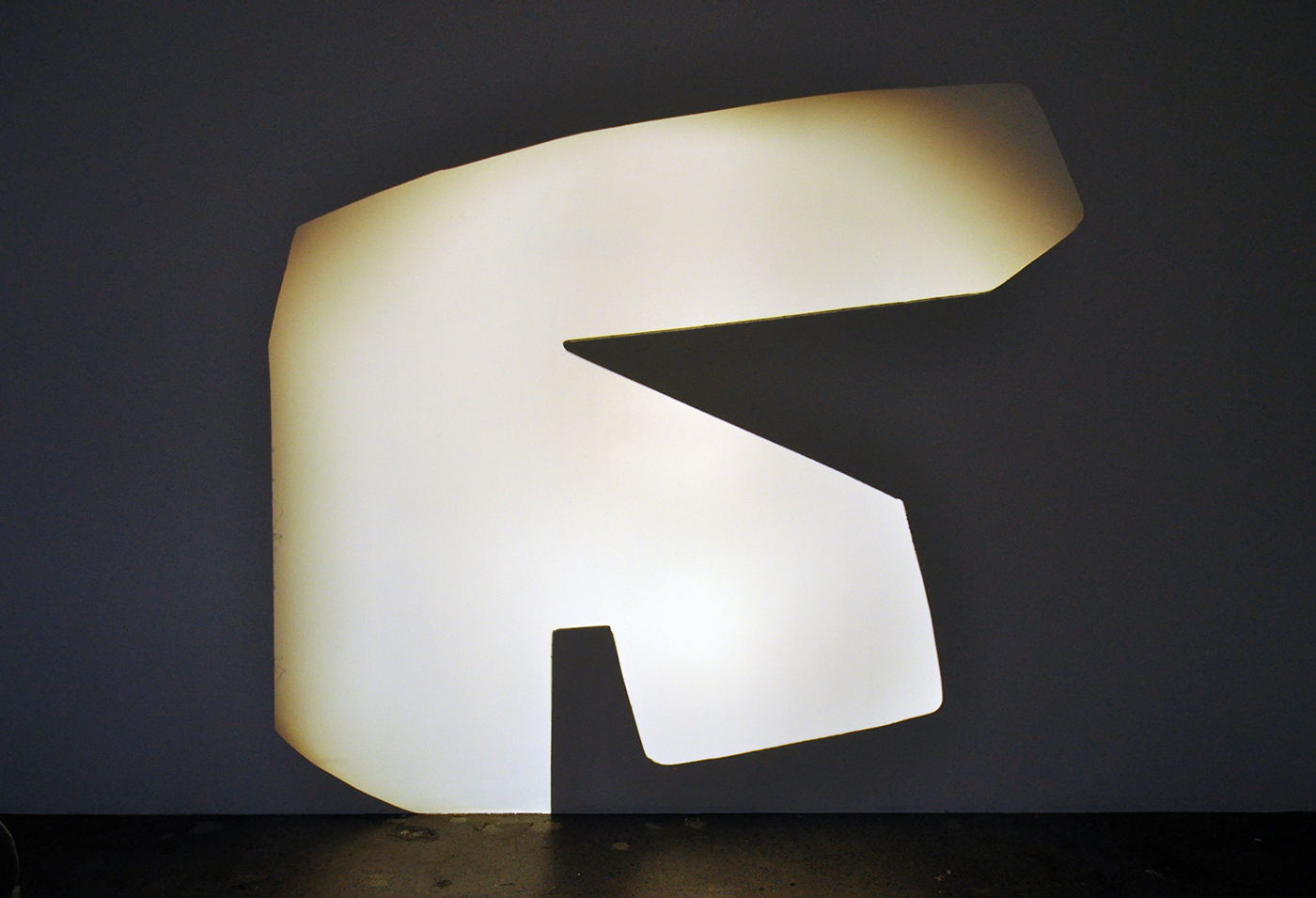 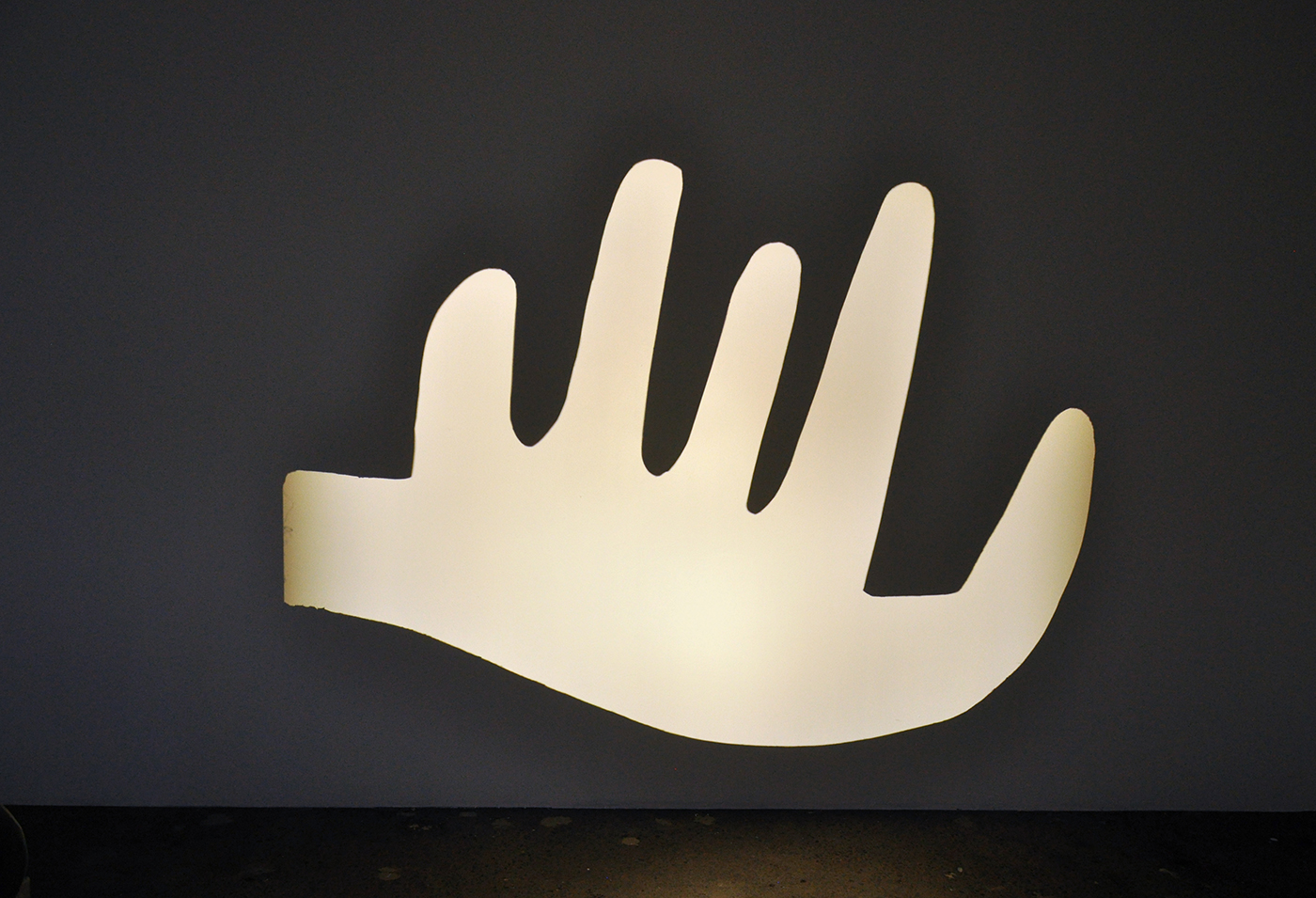 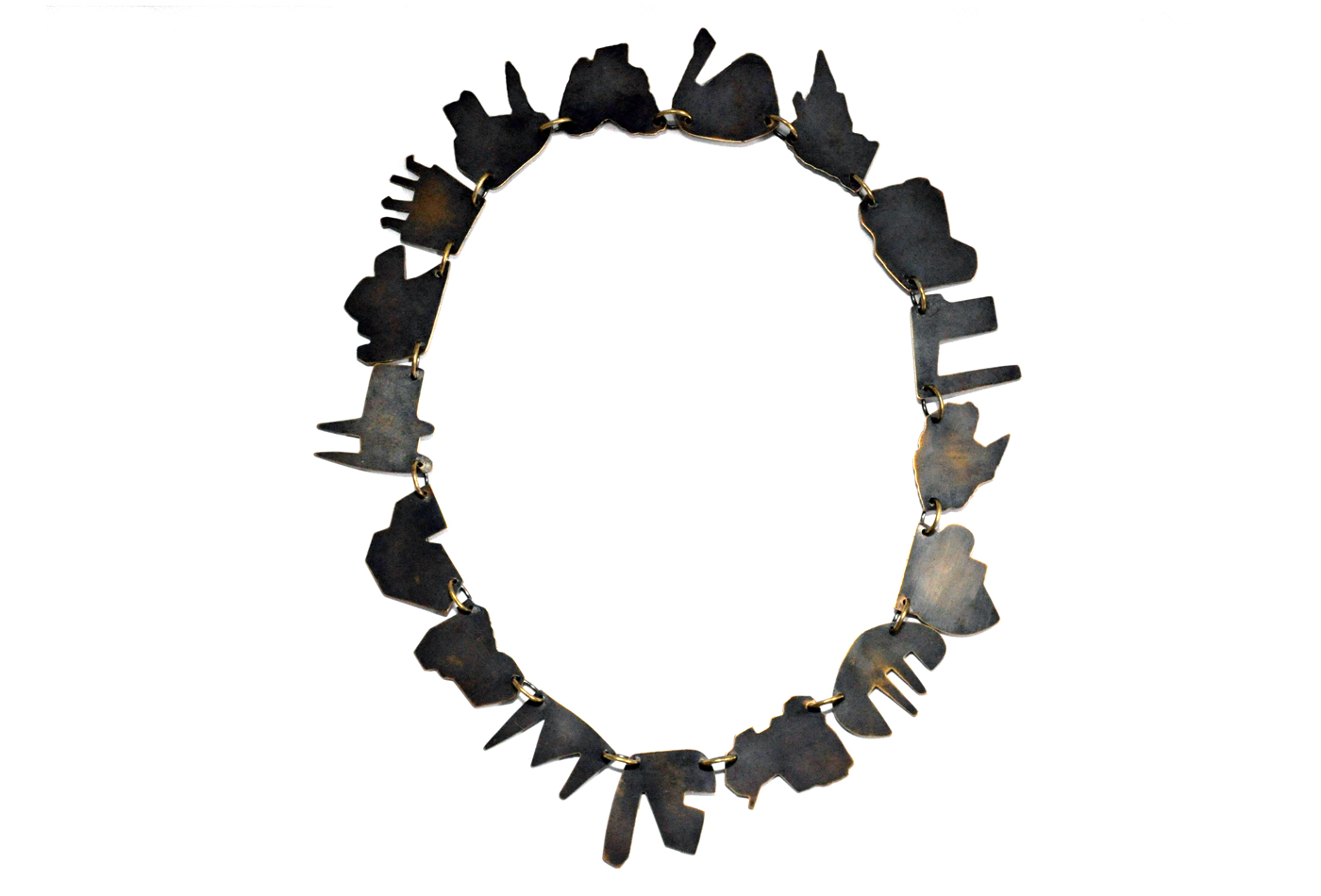 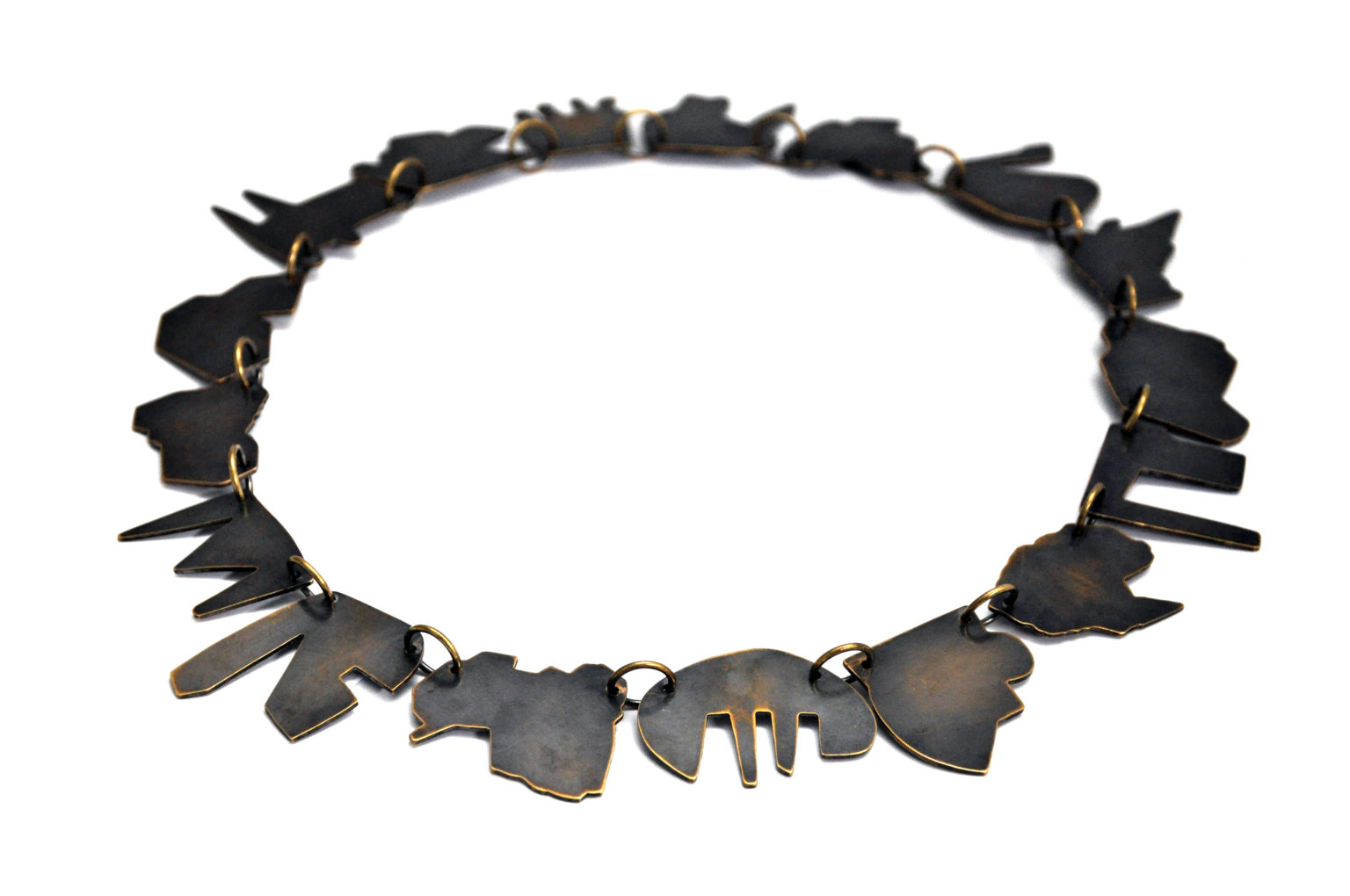 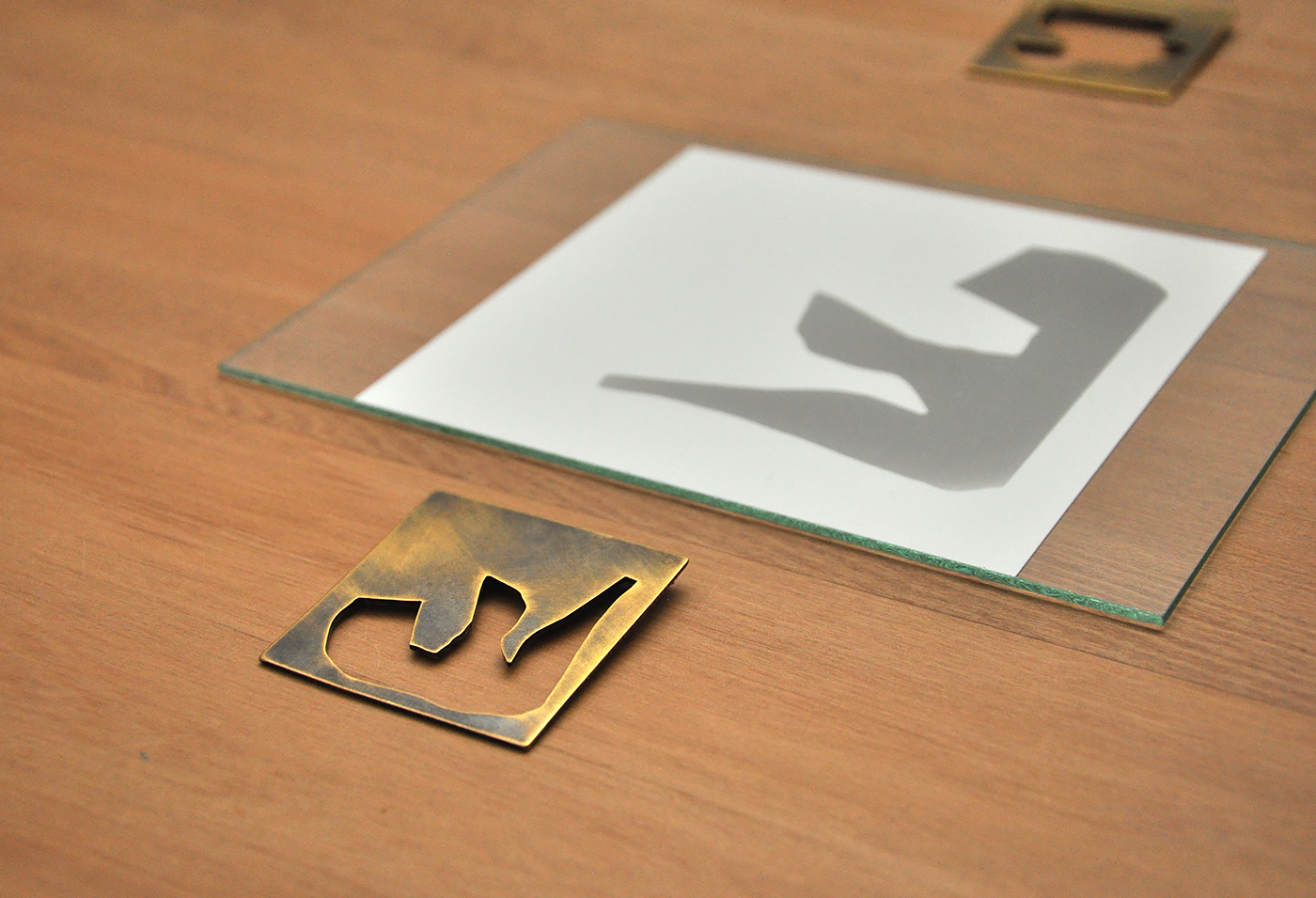 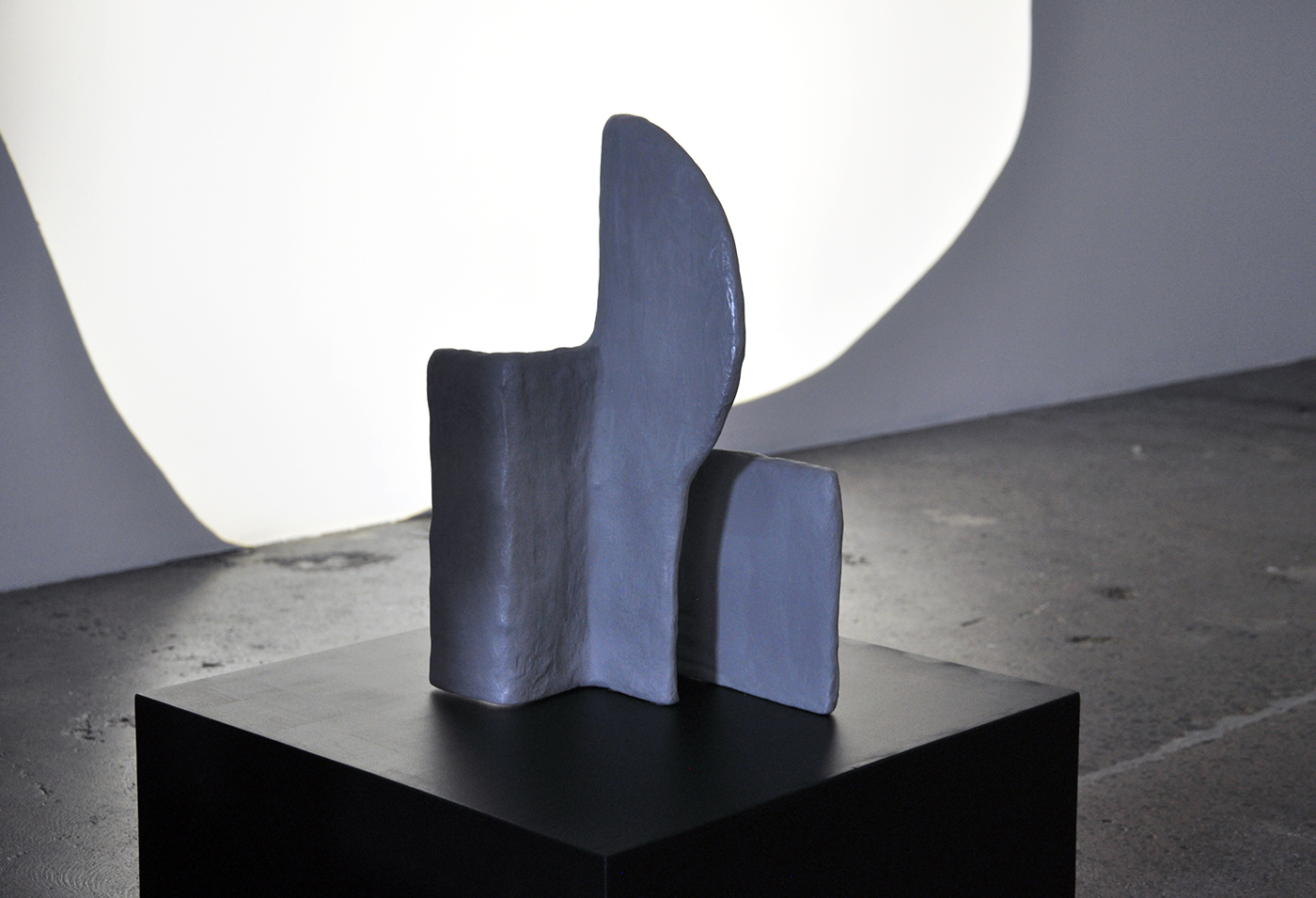 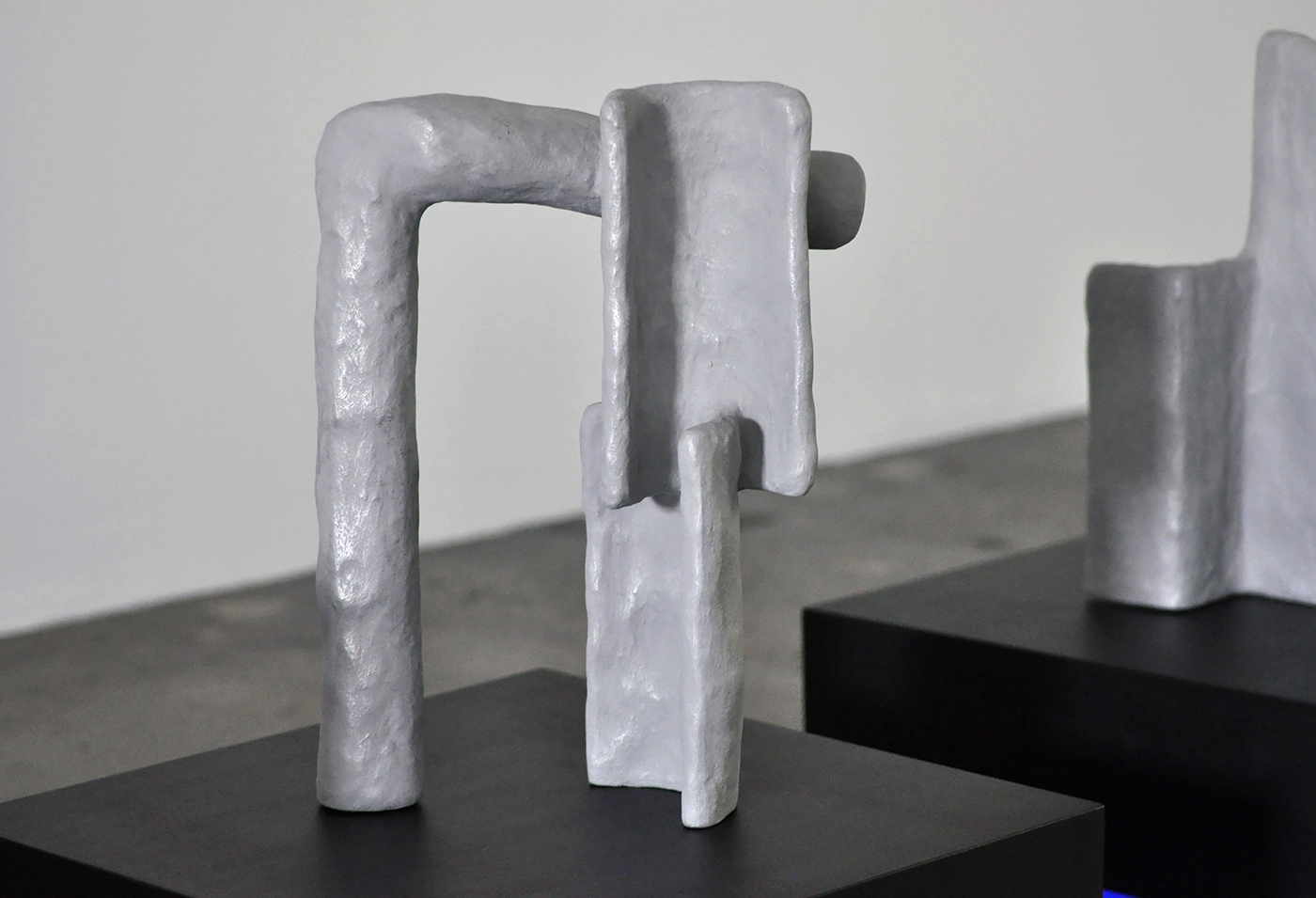 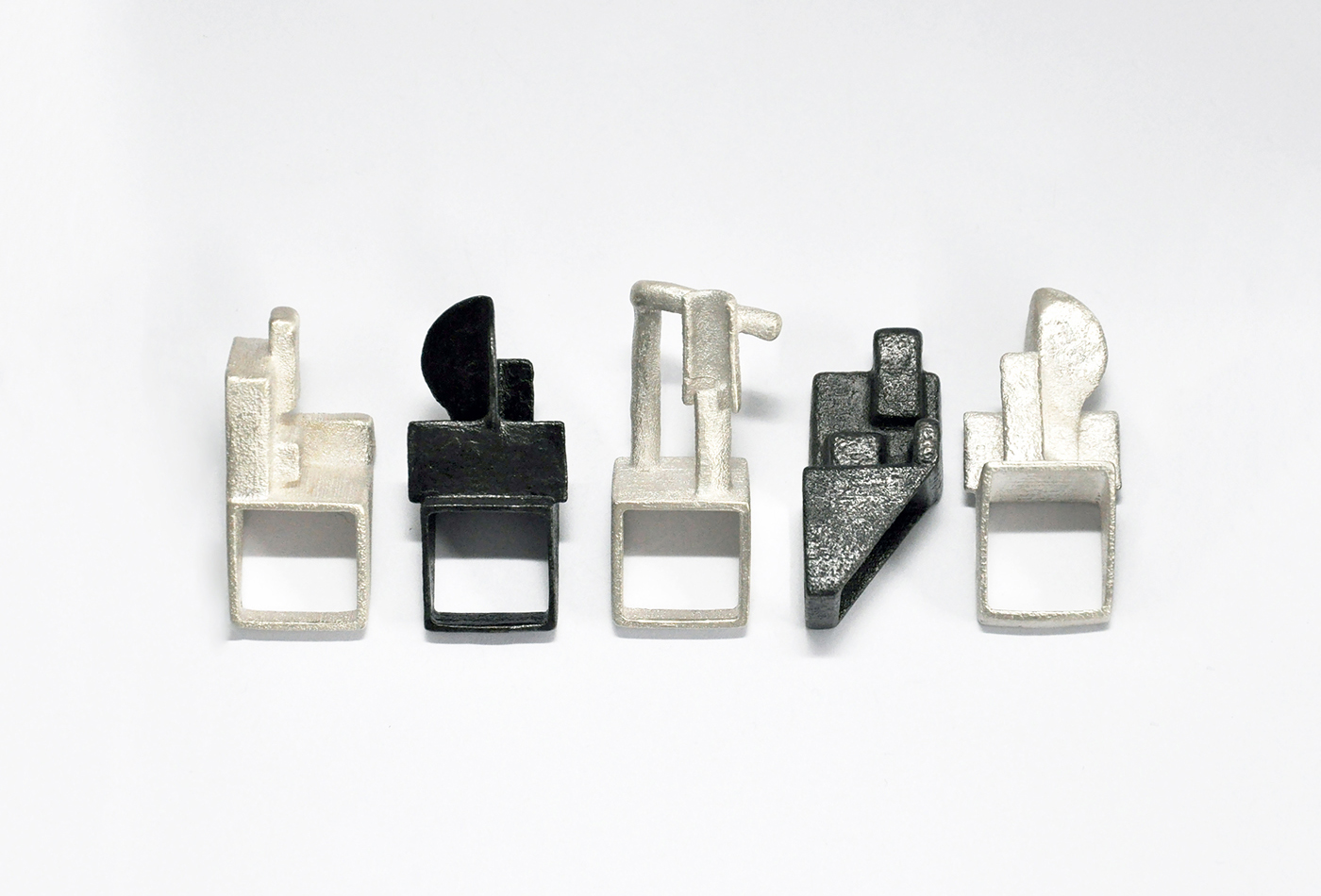 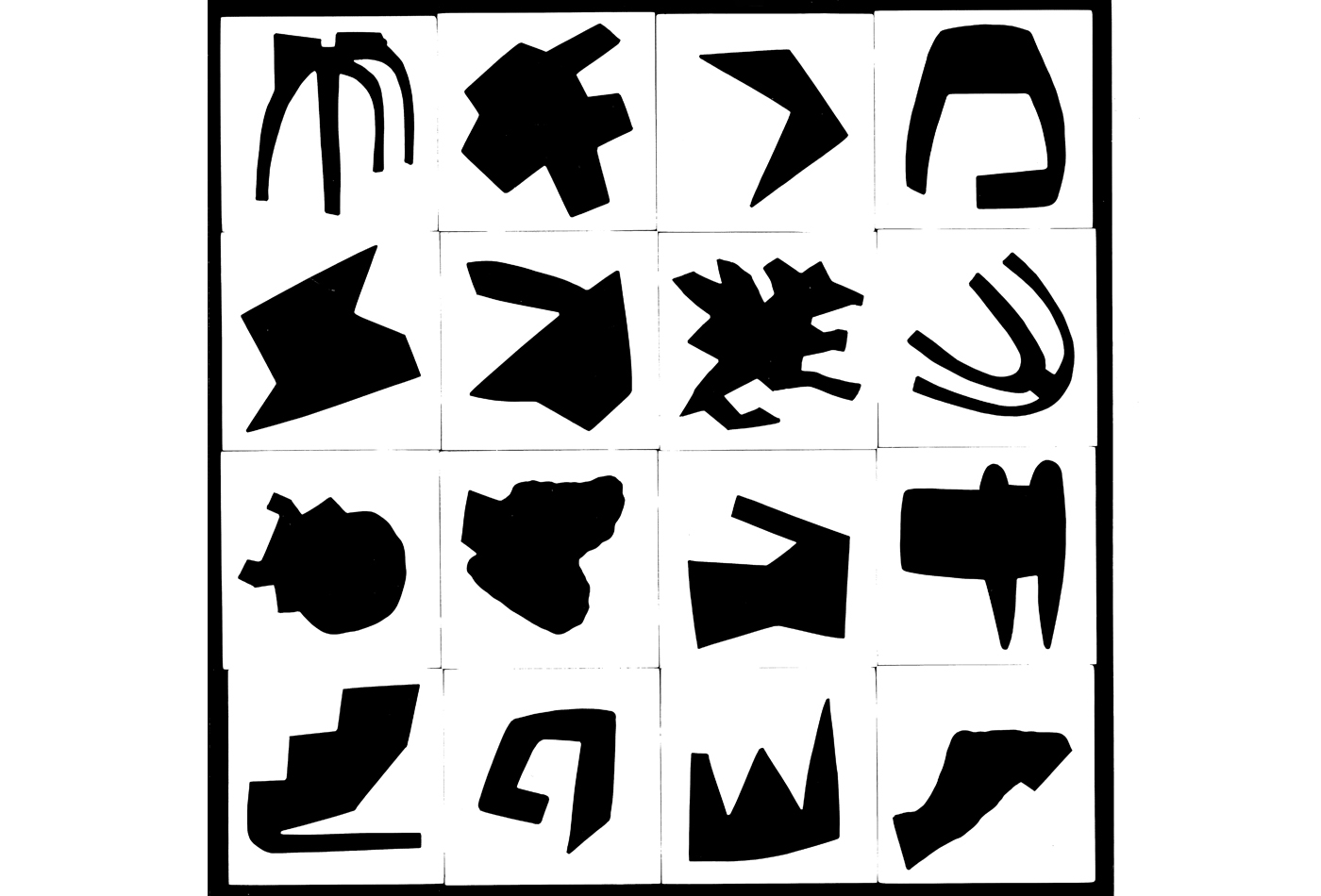 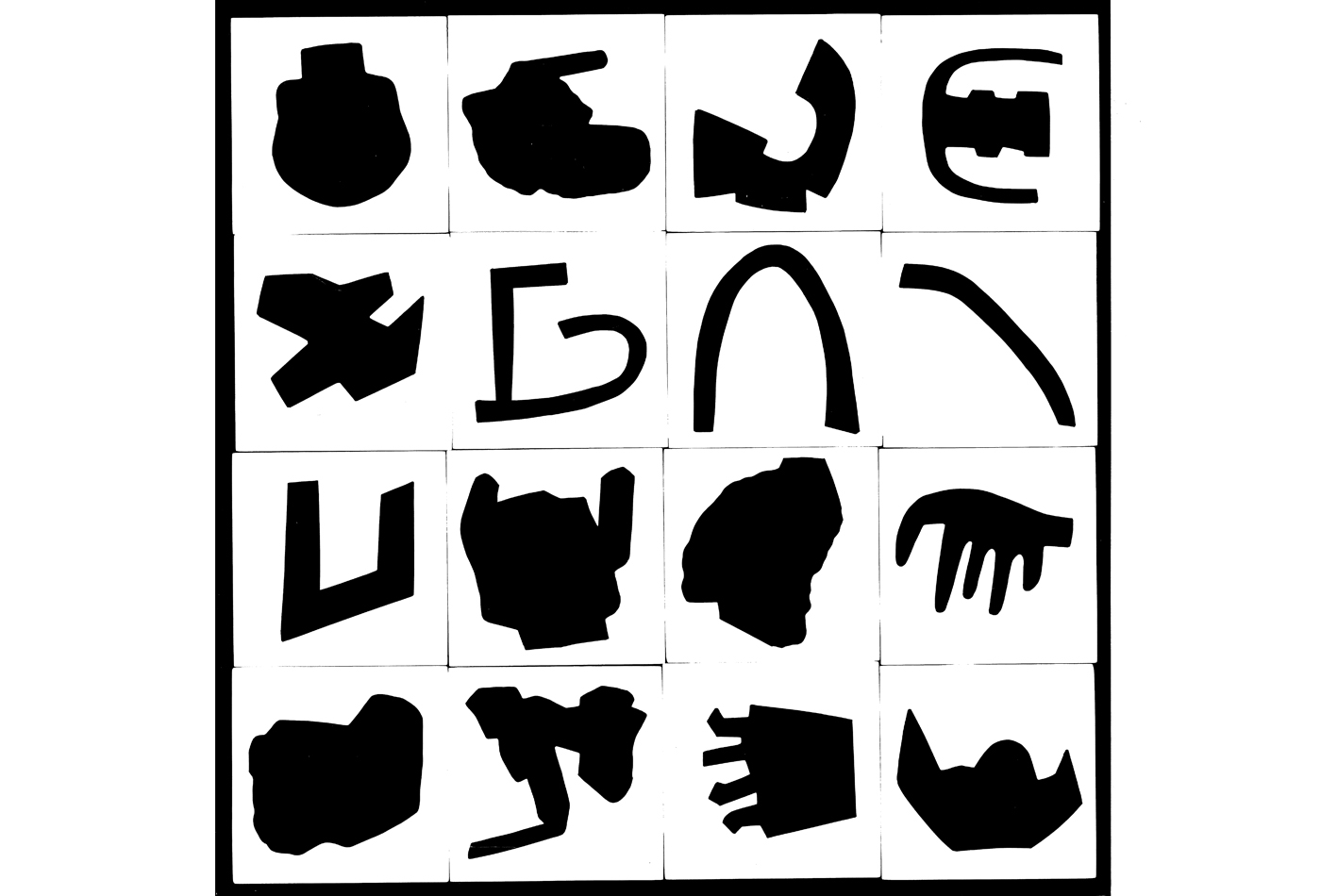 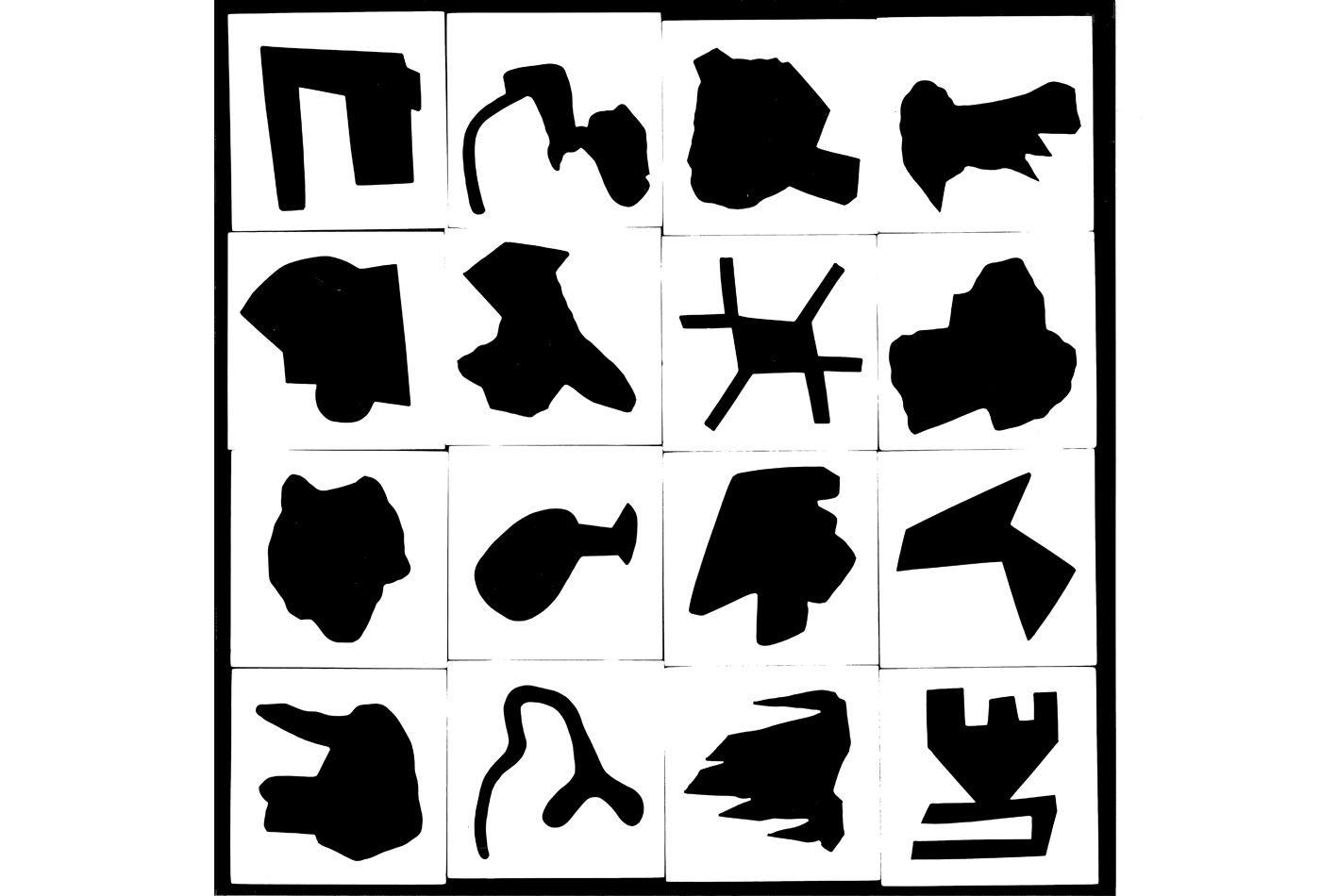 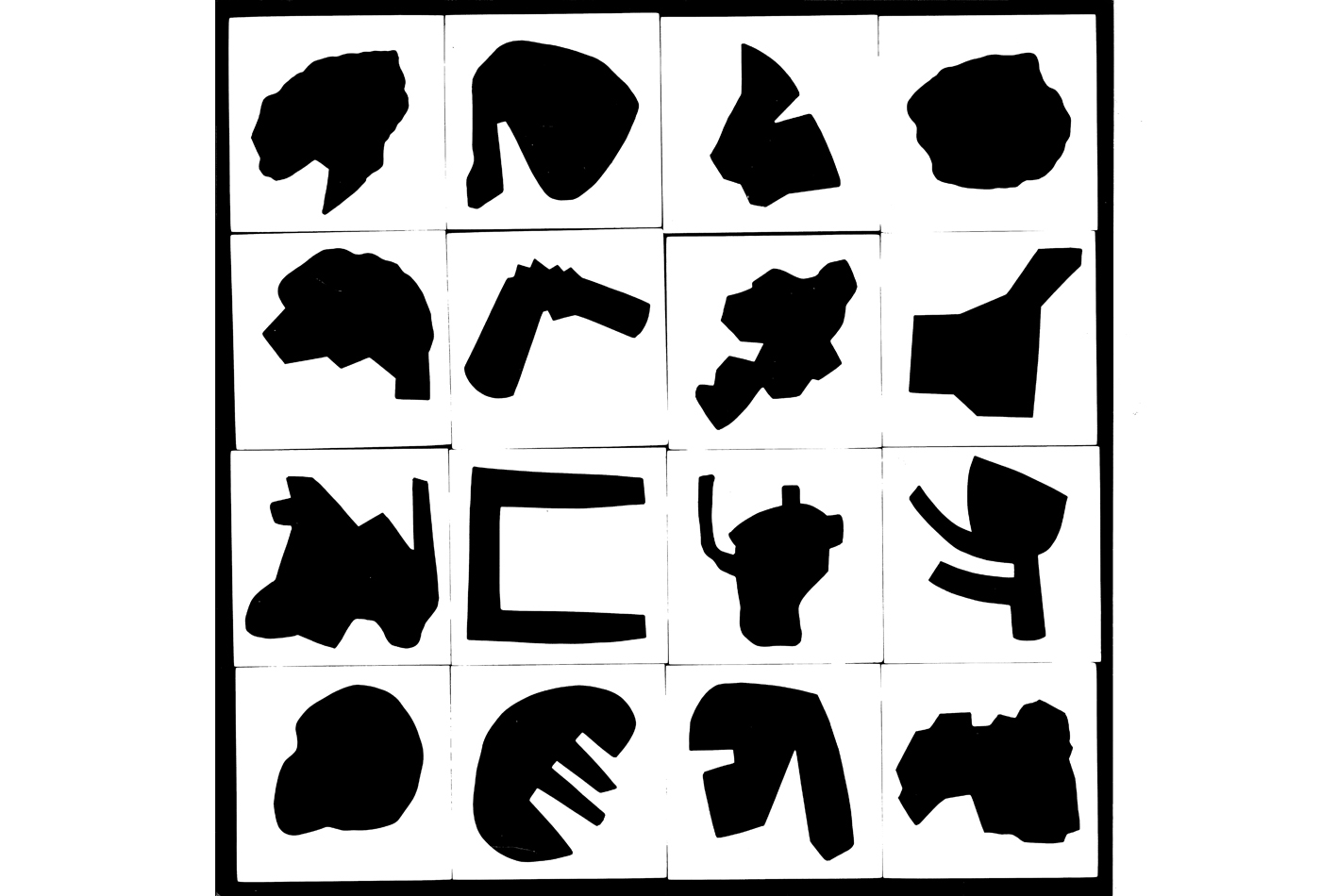 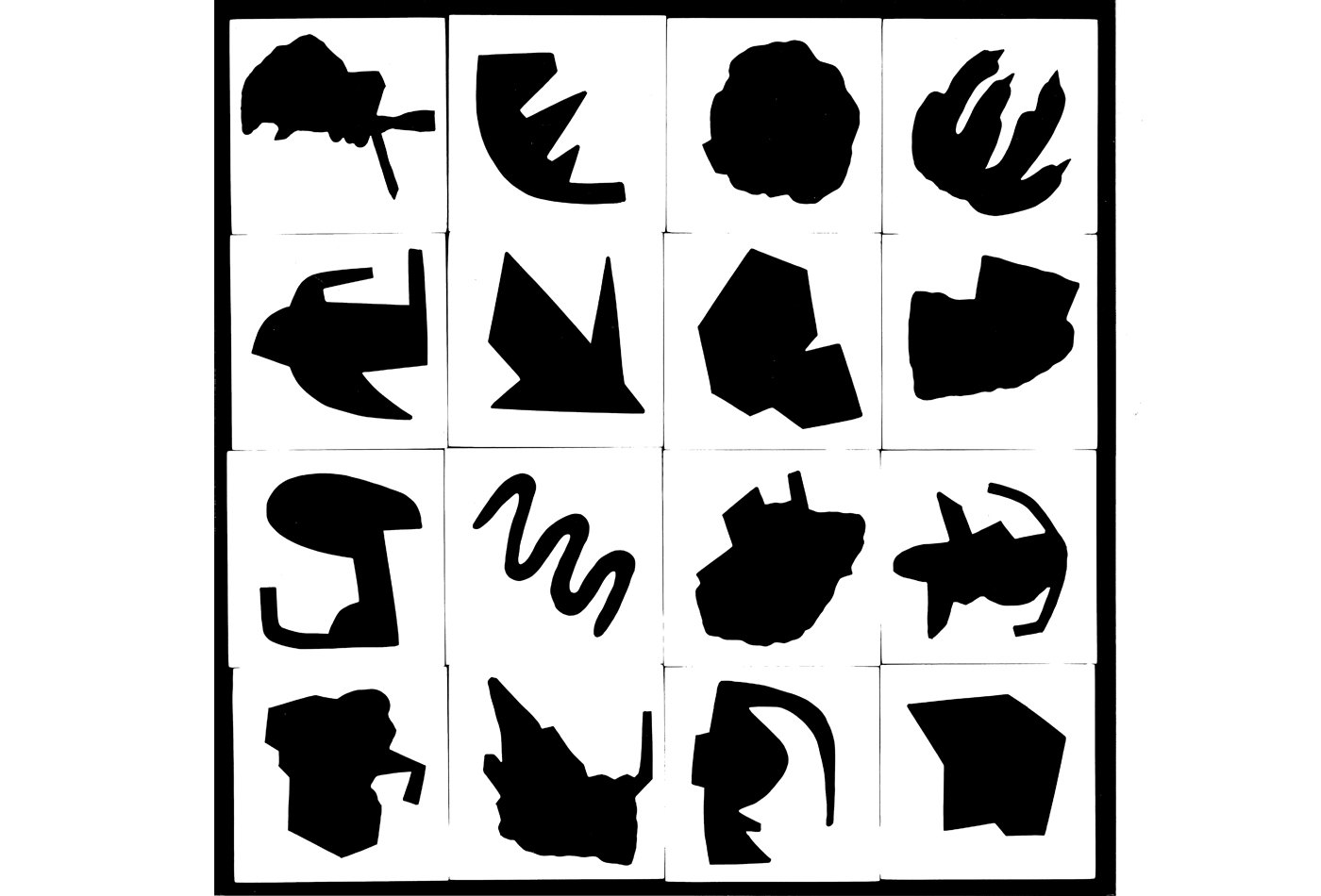 “The analogue whirr and snap of a hidden carousel slide projector fills the gallery, evoking memories of family gatherings in the dark and stories told about exotic locations. While nostalgic for those of us born in the 20th century, the physical slide has become defunct in today’s digital world and is no longer an effective way to capture images. Look closely and you will see the ghostly flash of cryptic symbols, lost in translation and looping in a darkened corner, echoed again on the wall as a series of photograms.

The projector’s continuous hum hovers alongside three abstract forms built with sculpting cement. Placed low on floating black plinths, they conjure up a curious hybrid of Ian Athfield’s iconic architecture and Stonehenge. A soft glow emanates from underneath their bases mimicking the latest trends in interior decorating—led lights and floating kitchen islands— bringing to mind the phrase “there’s no accounting for taste”.

It is from these elements that Moniek Schrijer’s newest body of contemporary jewellery has found its way into the world. The necklaces, carefully assembled cut outs reminiscent of Richard Killeen and Henri Matisse, are physical forms of the projected images extracted from the slides, while the perfectly square, brass brooches are examples of the slide transparencies themselves. This suite of jewellery is completed by a group of rings, miniature silver and bronze pieces cast from 3D printed replicas of the larger architectural forms”.

Excerpt from Double Happiness catalogue text, Sian van Dyk, 2016.
Copies of the catalogue, produced by The National, are available from the gallery.

Moniek Schrijer was born in Wellington, New Zealand Aotearoa in 1983. Since completing a Bachelor of Applied Arts and a Post-Graduate Diploma in Jewellery and Printmaking at Whitireia New Zealand, she has been the recipient of numerous awards and residencies. Her most notable accolades include the 2016 Herbert Hofmann Preis (she is the first New Zealander to receive this award) and the 2015 Francoise van den Bosch, Studio Rian de Jong Artist in Residence. Schrijer was selected to be a part of Talente in 2014 and was also the only New Zealand exhibitor at the Marzee Annual International Graduation Show in the Netherlands in 2013. She was the 2013 artist in residence at Toi Poneke in Wellington and the recipient of the 2012 Fingers Whitireia award. Schrijer has exhibited in numerous solo and group exhibitions throughout New Zealand Aotearoa, Australia, the United Kingdom, Germany and the Netherlands. Her work is in the collection of Museum of New Zealand Te Papa Tongarewa and The Dowse Art Museum.