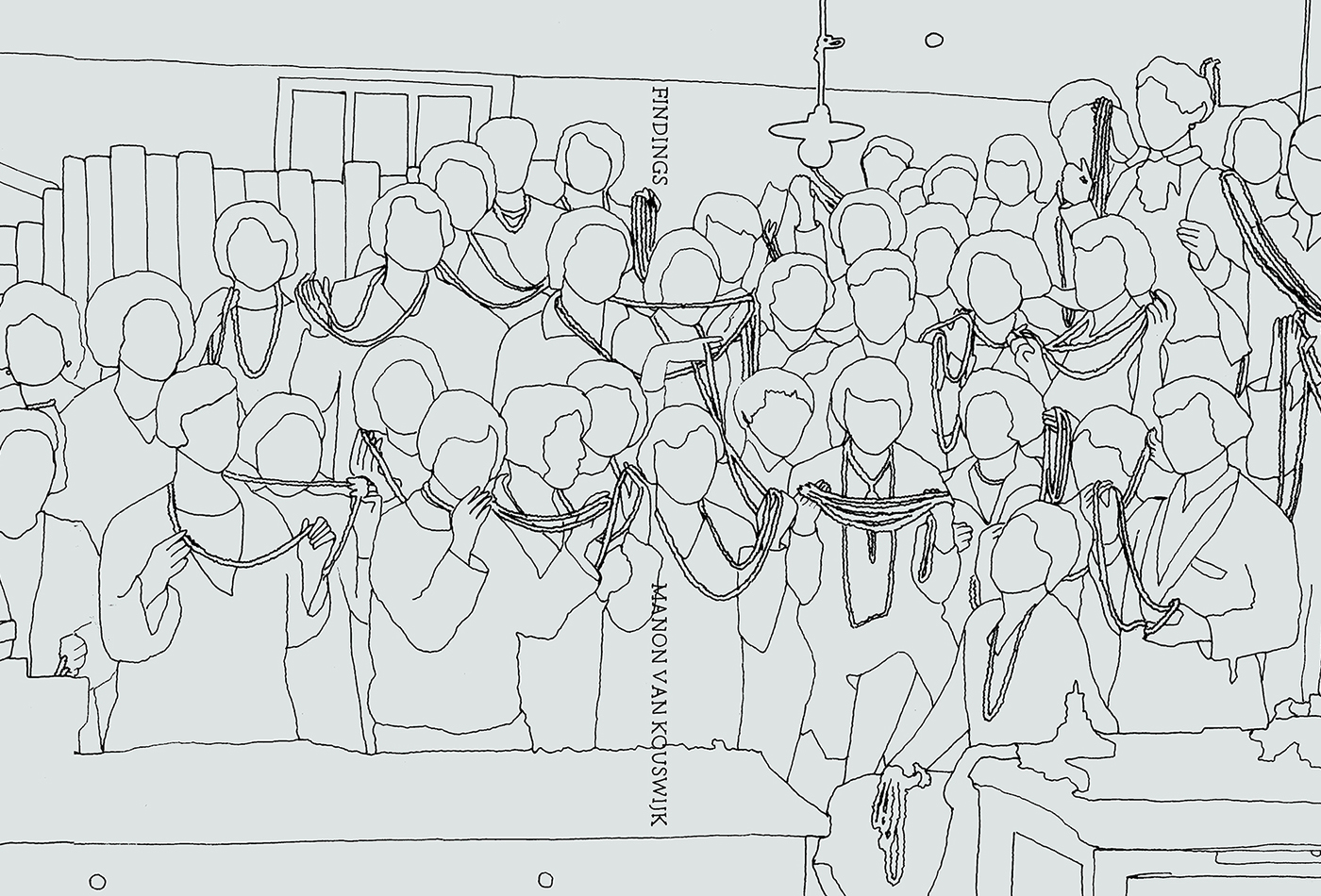 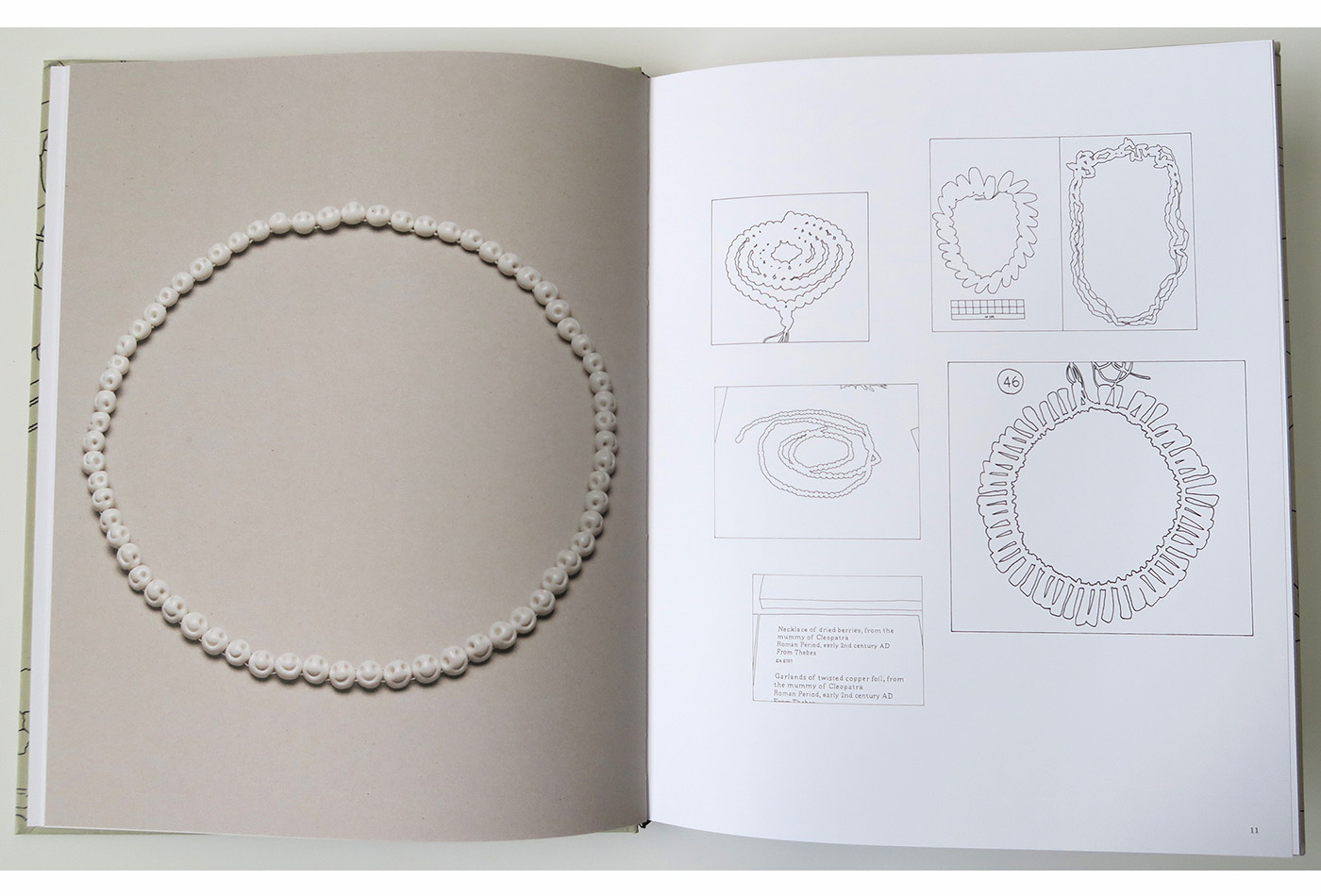 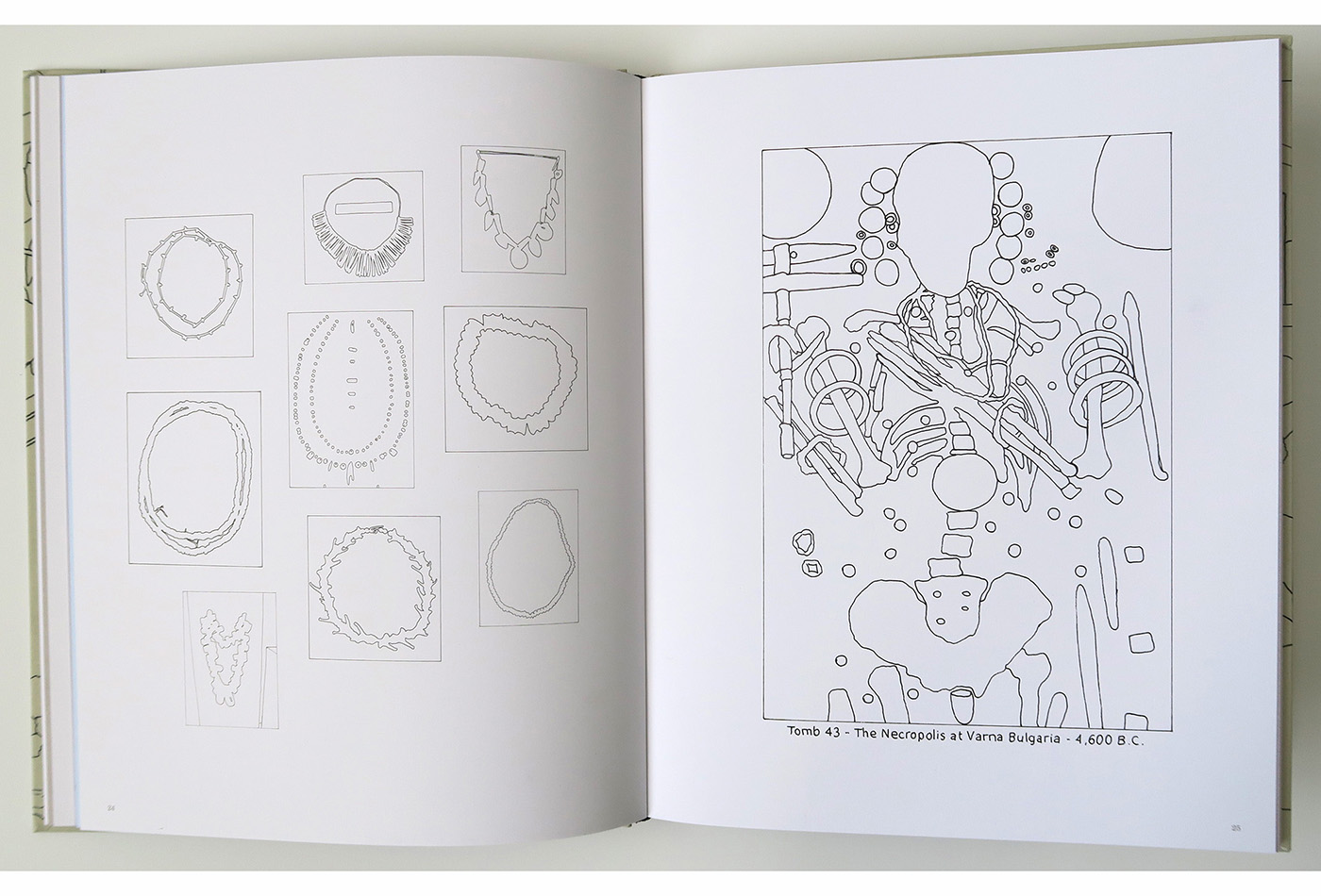 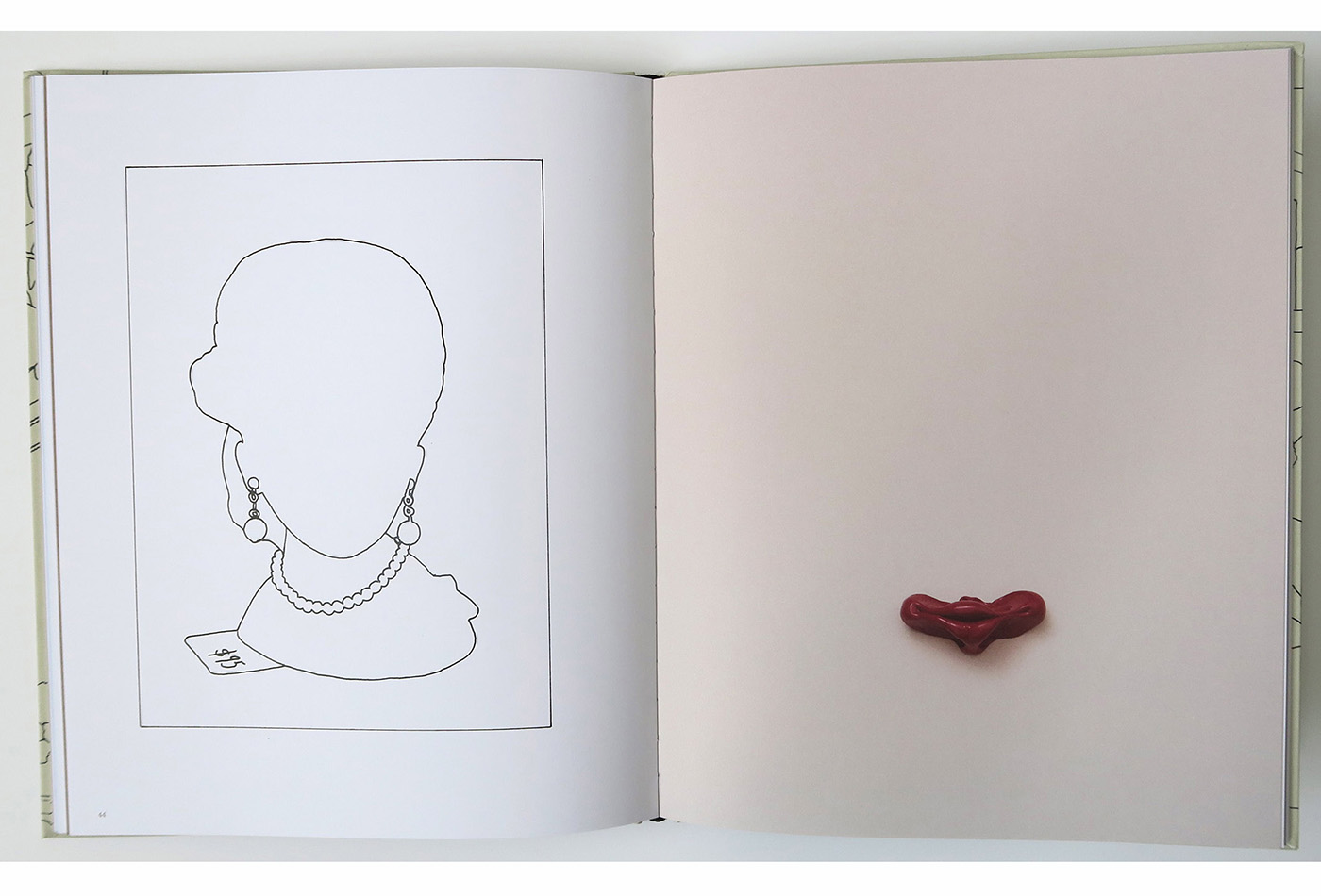 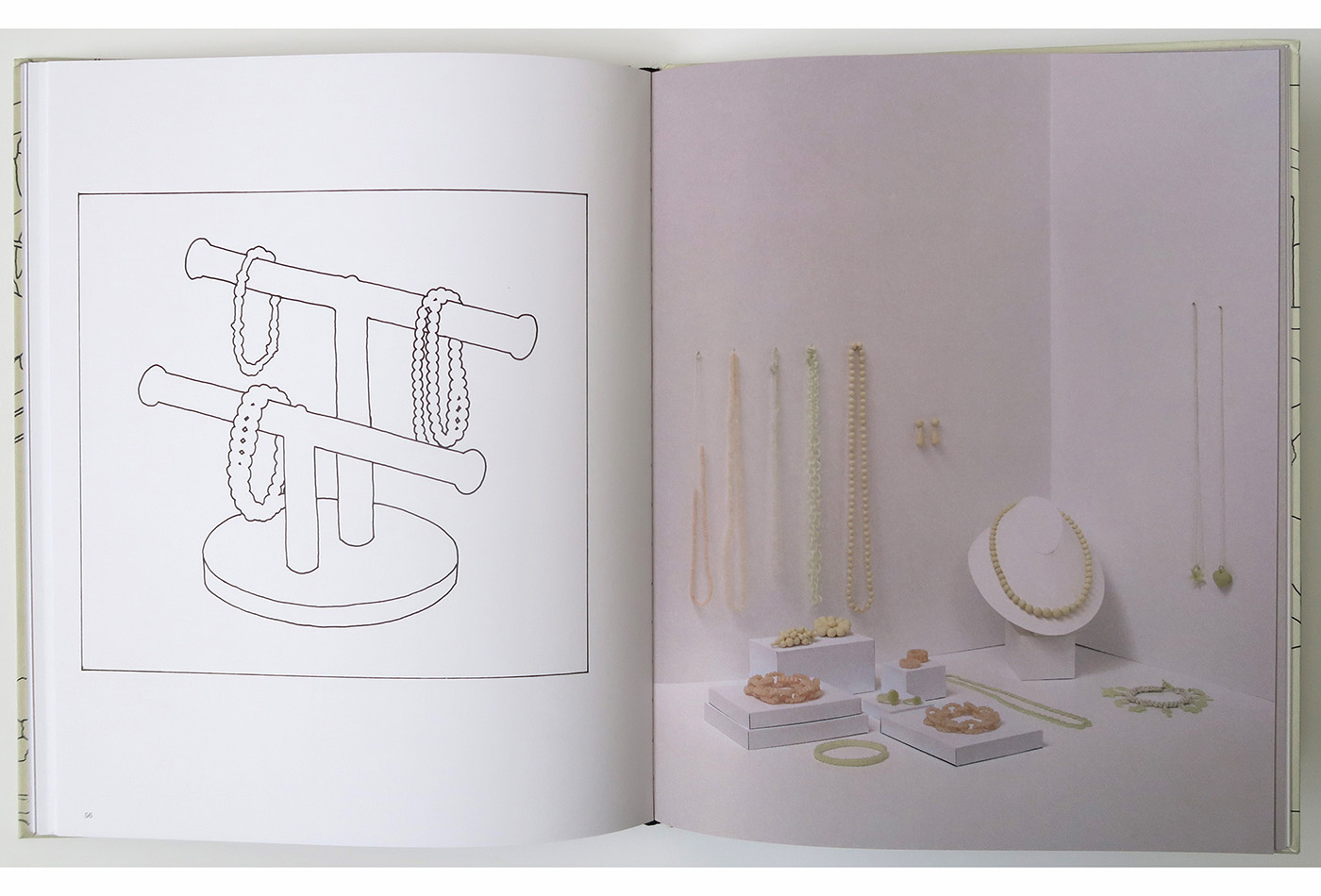 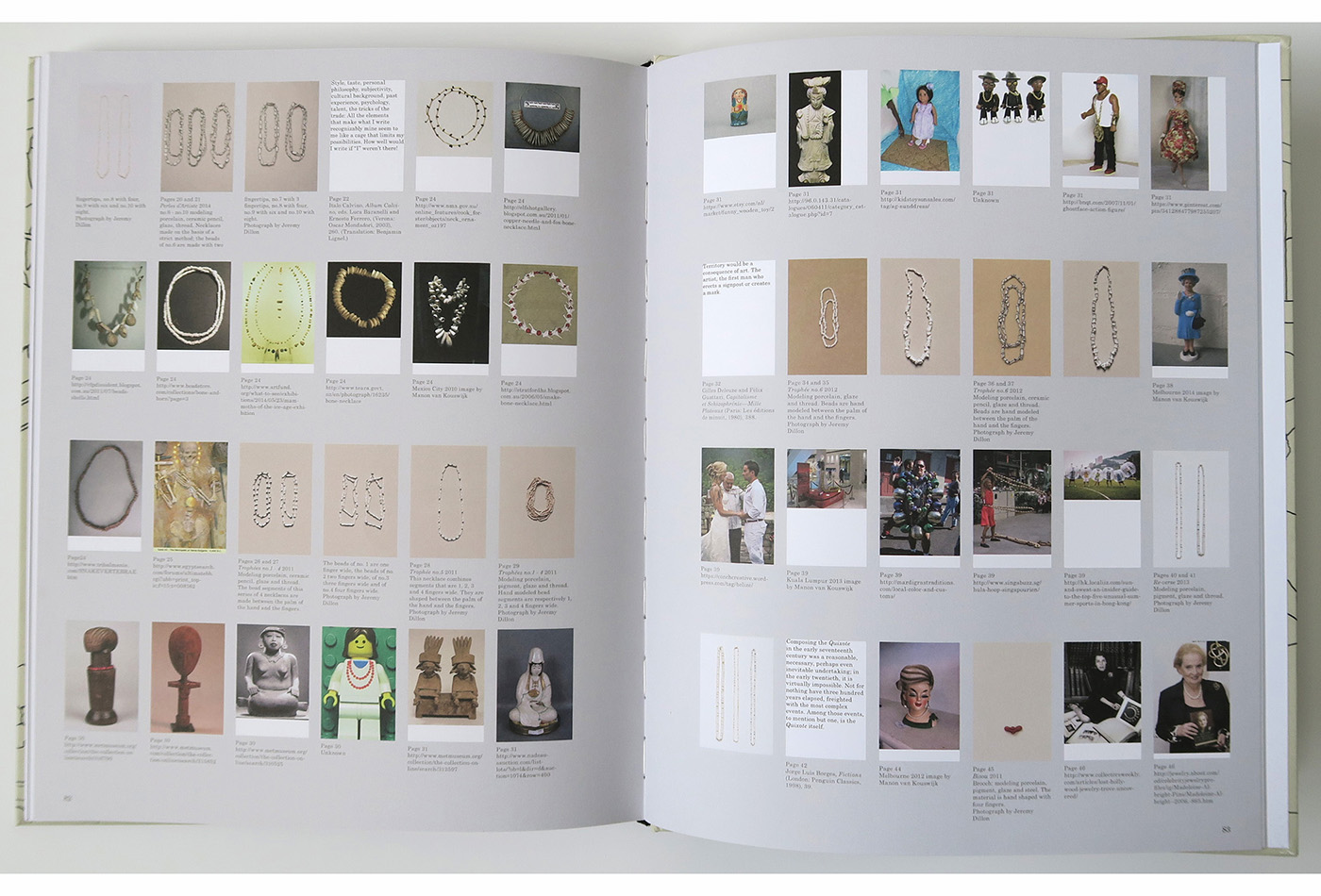 The word ‘findings’ has multiple meanings. It is commonly used to describe the outcome of research, investigation or a discovery however it also refers to the small tools and various materials used by an artisan: a jeweller’s findings.

“Findings” places some of Manon van Kouswijk’s recent jewellery works in the context of a series of tracings that she has made for this book from a large collection of photographs. They trace the typology of bead necklaces and brooch motifs, historical and contemporary examples of jewellery worn and on display and other situations in which jewellery has a presence.  In a series of short texts French artist, writer and curator Benjamin Lignel responds to the ideas and methodologies that underpin the works and the traced images.

“It may be good to note that her slow annexation of the bead heritage is built on the quasi-visceral disgust that contemporary jewellers have for that glossy calcium slobber rolled up around a bit of pain, the pearl, and for the pearl necklace itself—despite (or because of) this portable asset’s prehistoric pedigree. And in fact, van Kouswijk’s versions of the pearl necklace are never perfect copies. She is just as feverish as Borges’s Menard, but her intentions are, in a way, less pure: she means to play with the “original,” and make it suffer a bit. Her numerous versions of it are really another way of saying that one simply can’t make a pearl necklace anymore”.

This project was assisted by the Australian Government through the Australia Council, its arts funding and advisory body.